When Apple announced executive management changes back in October 2012 resulting in Scott Forstall and John Browett leaving the company, its argument was that it would “encourage even more collaboration between the Company’s world-class hardware, software and services teams.” 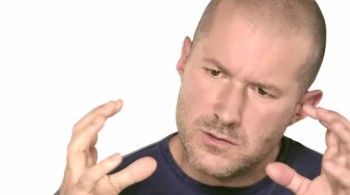 To achieve that, Jony Ive received the leadership and direction for Human Interface (HI) in addition to his role as the leader of Industrial Design. Ive is renowned for his incredible design aesthetic – see the Apple products. But how will he influence the new look of the upcoming iOS 7?

“Some suggested that in Apple’s next mobile operating system, Ive is pushing a more “flat design” that is starker and simpler, according to developers who have spoken to Apple employees but didn’t have further details. Overall, they expect any changes to be pretty conservative. For the past few years, Apple has unveiled versions of its mobile operating system in the summer,” The Wall Street Journal reports.

The move also united the Mac and iOS software teams under SVP Craig Federighi. And, as the source suggests, changes are coming in this new group as well, as there is lots of overlap between the two groups.

MG Siegler confirmed the above report, saying it is in line with the whispers he has been hearing lately.

“This is all in-line with a couple of whispers I’ve heard. There will be some fairly significant changes to the design within some key apps and system-level elements, but overall, don’t expect a hugely different iOS.”

“Perhaps not entirely unrelated, the much-maligned Podcast app got a facelift today.”