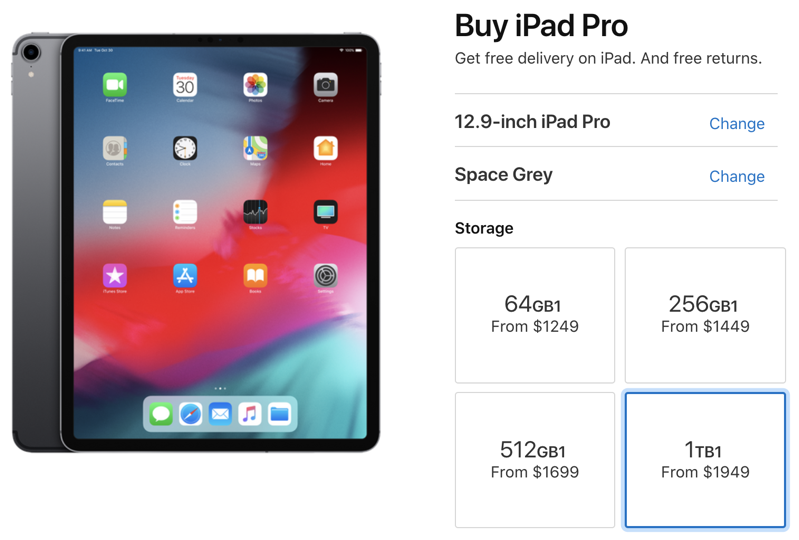 Apple continues to drop the price of some older products, this time the 2018 iPad Pro, but only the 1TB storage option for Wi-Fi and Cellular models.

Apple.ca is noting a $250 CAD price drop for Canadians. The move follows a $200 USD price drop in the United States (via MacRumors).

Apple is rumoured to refresh its iPads next month, so if you want the latest, you may want to hold off.