Looks like the rumours about Apple releasing new products this week came true. The company released a new 9.7-inch iPad today, replacing the iPad Air 2 (plus more announcements, which we have coming). 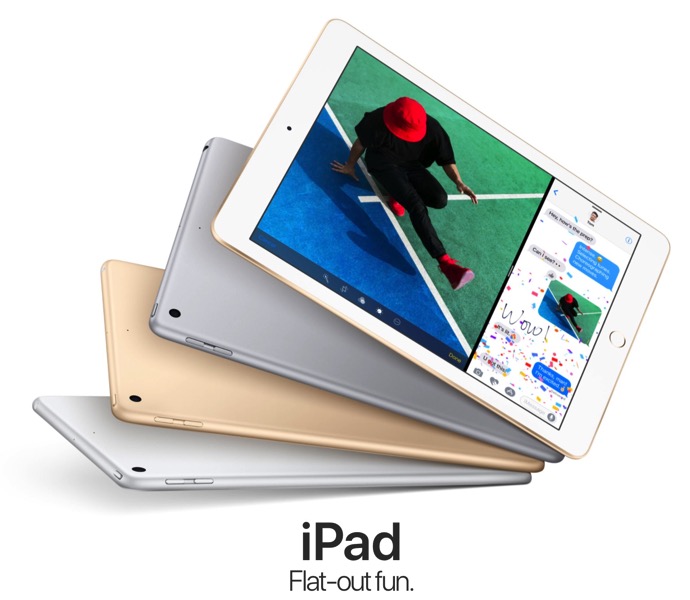 This new iPad with upgraded A9 (previously A8X) comes with a brighter Retina display and cheaper starting price, available at $449 in Canada for the 32GB WiFi model in silver, gold or space gray. The Wi-Fi + Cellular model is available in 32GB for $619 CAD.

“iPad is the world’s most popular tablet. Customers love the large, 9.7-inch display for everything from watching TV and movies, to surfing the web, making FaceTime calls, and enjoying photos, and now it is even more affordable,” said Philip Schiller, Apple’s senior vice president of Worldwide Marketing.

This new 9.7” iPad includes 10 hour battery life, 8MP FaceTime and HD cameras, Touch ID, weighs 469 grams. It does not have a fully laminated display or antireflective coating like other iPad models and does not support Apple Pencil or Keyboard.

If you recall, one year ago Apple dropped the price of the iPad Air 2 by $50 in Canada to start at $499 CAD for the 16GB model. Now, it appears an even better upgrade is available for cheaper for those who don’t need an iPad Pro. Who’s getting one?