Apple today announced the 9.7-inch iPad Pro, and in doing also discounted the iPad Air 2, plus ditched the 128GB option in Canada and the U.S.

Below is a screenshot of Apple.ca and the prices available, which are now $50 CAD cheaper compared to the original launch prices in fall of 2014. 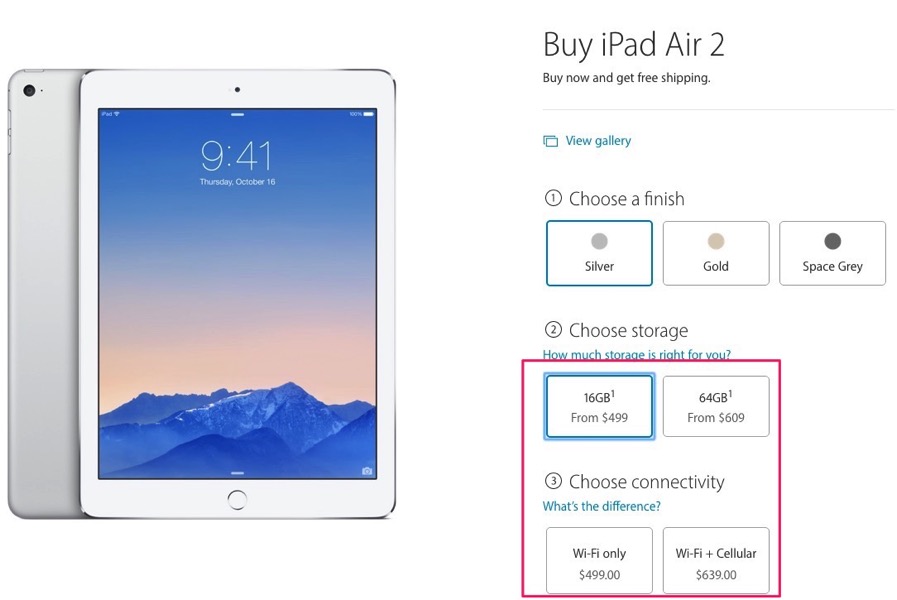 Below are the updated iPad Air 2 prices (followed by U.S. prices which saw a $100 US drop):

Again, the 128GB capacity is no longer offered. There’s no word on how much longer the iPad Air 2 will last, but it should stick around for at least another year, as it’s still capable with its A8X CPU.

If you’re not ready for the 9.7-inch iPad Pro yet, the iPad Air 2 just got a bit cheaper, which is helpful given how exchange rates aren’t exactly in the favour of Canadians right now.