Ahead of Apple’s education event set to take place in over an hour, the Apple store went down for the count, as expected. Now, Apple has announced an updated 9.7-inch iPad with Apple Pencil support.

This new iPad features the A10 Fusion chip with its 9.7-inch Retina display and will be priced at $429 CAD for the 32GB Wi-Fi model. A Wi-Fi + Cellular model at 32GB capacity will cost $599 in Canada. Both versions will be available in silver, space grey and a new gold. Starting pricing is $20 cheaper compared to the March 2017 iPad at $449 CAD.

In the U.S., this new iPad will start at $329 USD, targeting the education market. (Update: corrected starting price to $329 USD; $299 USD is the price for education in the USA) 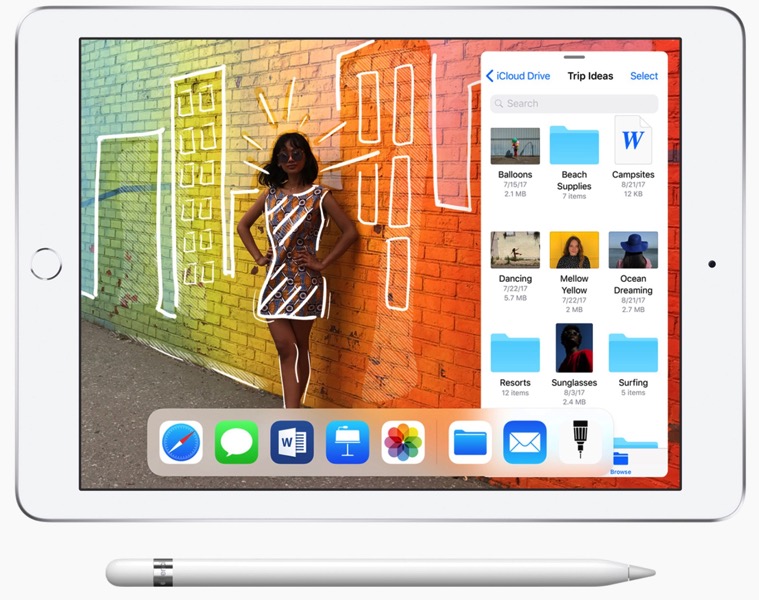 “iPad is our vision for the future of computing and hundreds of millions of people around the world use it every day at work, in school and for play. This new 9.7-inch iPad takes everything people love about our most popular iPad and makes it even better for inspiring creativity and learning,” said Greg Joswiak, Apple’s vice president of Product Marketing, in a press release.

Apple is calling this new tablet its “most popular and affordable iPad” and says it will also enable AR experiences “simply not possible on other devices,” adds Joswiak.

Apple Pencil will retail for $129 Canadian, while Smart Covers for iPad in charcoal grey and midnight will cost $49 Canadian.

As for schools, they will be able to purchase iPad at $399 CAD and Apple Pencil for $115 CAD, at a slight discount.