Rumours of the next generation full size iPad redesign have been around ever since the iPad mini has launched, due to the mini’s tremendous success in terms of portability and usability. 9to5mac has spotted what a Chinese source claims to be the iPad 5 front panel, on Apple.pro, a site that has been a reliable source of Apple product leaks. 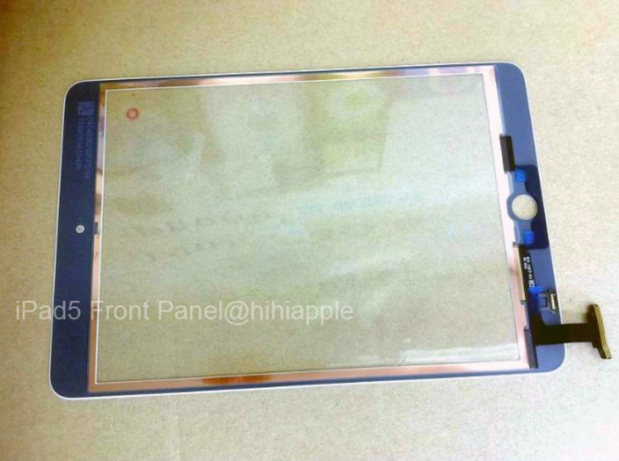 As you can see from the above image, the component indicates Apple is heading toward redesigning the iPad 5 by heavily borrowing from the iPad mini. The alleged iPad 5 front panel shows a much slimmer, smaller bezel than that of the iPad 4.

In fact, it was only yesterday, that the Vietnamese site Tinhte.vn  posted a video containing what they claim to be iPad 5 cases. The blogger reveals that the iPad 5 will have a much slimmer bezel compared to the iPad 4 which measures 18 mm.

Although we can’t confirm the legitimacy of the image, the site has previously been accurate in posting information about unreleased Apple products.

The image leak apparently reinforces previous iPad 5 component leaks, such as the rear shell and a couple alleged iPad 5 cases, confirming the rumours.