Apple Continues To Dominate The Tablet Market In U.S. & Canada With 87% Share

Chitika Insights has just published the numbers for the month of December, confirming Apple’s continued dominance in tablet market with 87% web traffic share in U.S. and Canada. Chitika has examined a sample of tens of millions of tablet impressions from its Ad network, drawn during December 8th to December 14th 2012 in North America. 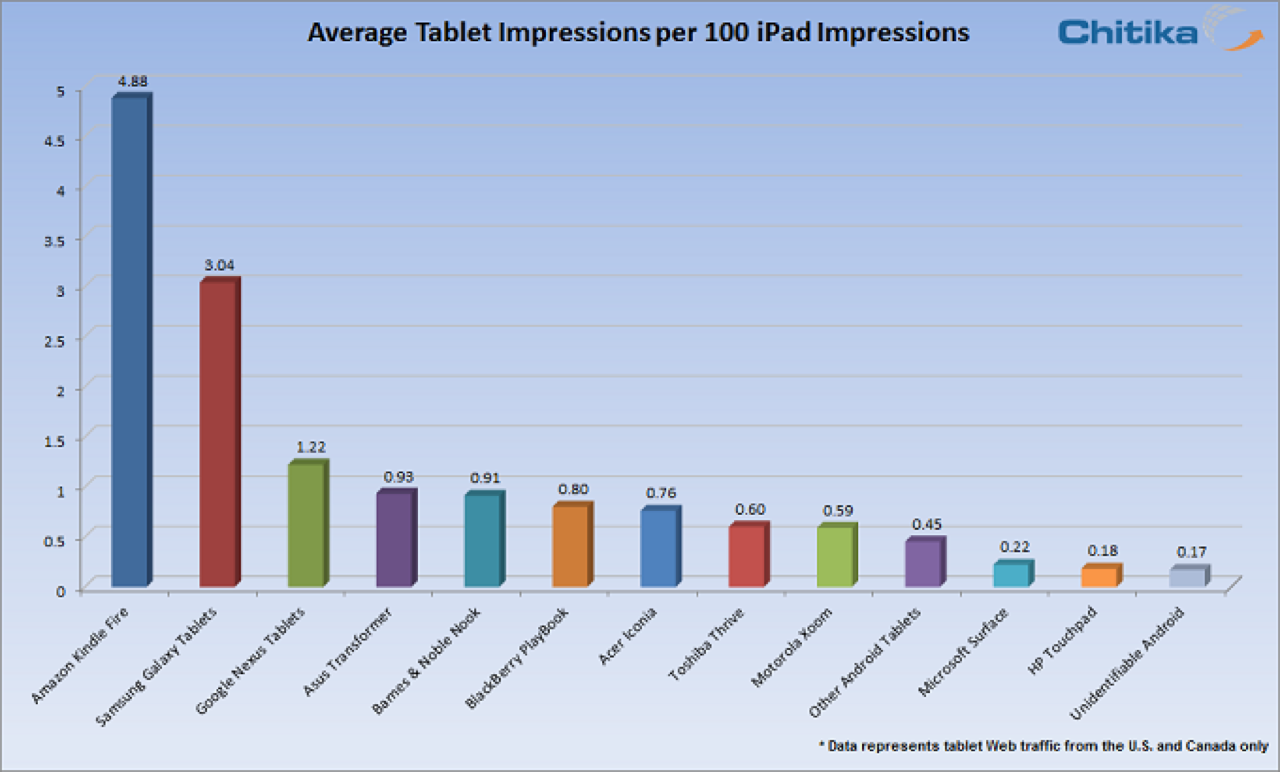 Despite the fact that multiple manufacturers have unveiled a number of new tablet devices over the past few months, there has been a negligible impact on Apple’s usage share. While Samsung Galaxy and Google Nexus tablets have both experienced a usage share increase, Apple’s tablets still lead by a huge margin, generating over 87% of U.S. and Canadian tablet Web traffic, coming down from just over 88% one month ago.

As seen in the above graph, users of the Kindle Fire family of tablets constituted 4.88 impressions per 100 iPad impressions in December – a 4.25% share of all tablet Web traffic as a whole. This is an increase of nearly 20% from Kindle Fire’s 3.57% share observed in our last Tablet market update.

The Samsung Galaxy family of tablets also experienced a usage share increase, albeit less impressive than the Kindle Fire, growing from 2.36% to a 2.65% share of all domestic tablet traffic.

The Google Nexus family of tablets continued to see usage growth, with its share rising from 0.91% in November to 1.06% in December – an increase of more than 15%

Chitika will conduct another study on tablet usage in the region after the Christmas holidays.