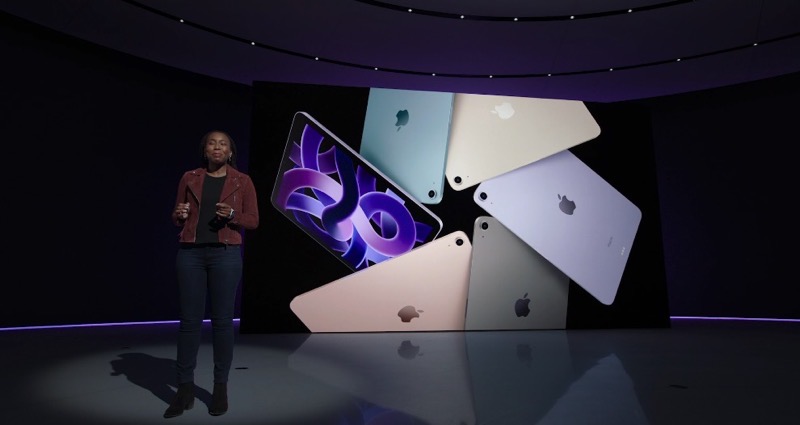 Also new is a purple colour option, as rumoured. Apple says the M1 turns iPad Air into a mobile gaming powerhouse. Apple says there is now 60% faster performance and 2x faster graphics with M1 versus the previous A14 chip.

The front camera now has a 12MP ultra-wide camera to support Center Stage with FaceTime. The iPad Air still has a USB-C port and now 5G networking has arrived as well.

Also coming is a new version of iMovie to use right on the iPad Air. 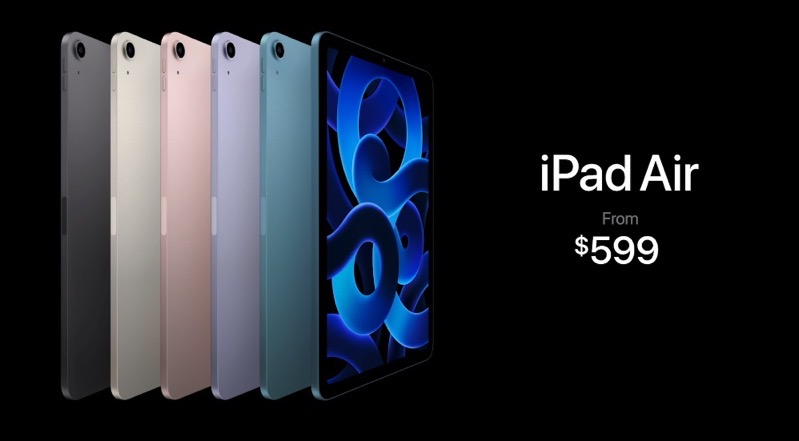