The large panes of glass on the exterior of the building are now being adorned with the design seen from the event’s press invitation, consisting of colourful leaves.

Below are images of the decorations underway along with a blueprint which shows the final layout as well: 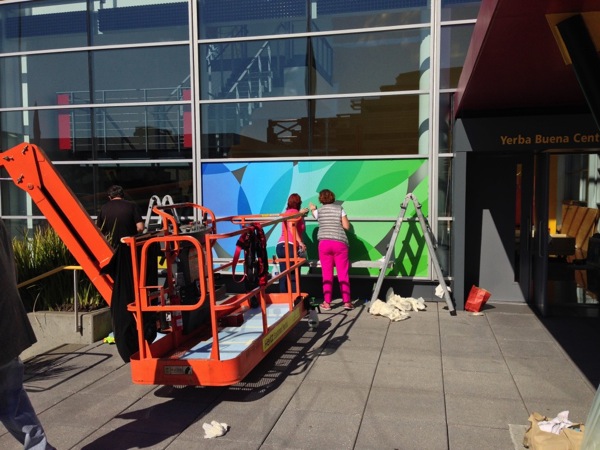 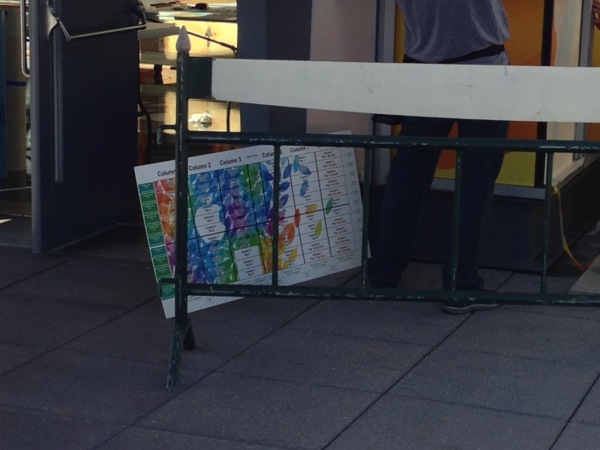 Yerba Buena Center was the venue where Steve Jobs first introduced the original iPad back in 2010 and other product launches. Apple is expected to launch new iPads, OS X Mavericks and Mac-related refreshes on Tuesday.

Update: iPhoneinCanada.ca reader @i0livier provides his attempt at deciphering the invite–could we see a Retina iPad mini this year? Notice how the ‘leaves’ could be represented by ‘eyes’…Retina display, BOOM! He also adds as the leaves get closer to the logo, the density increases. 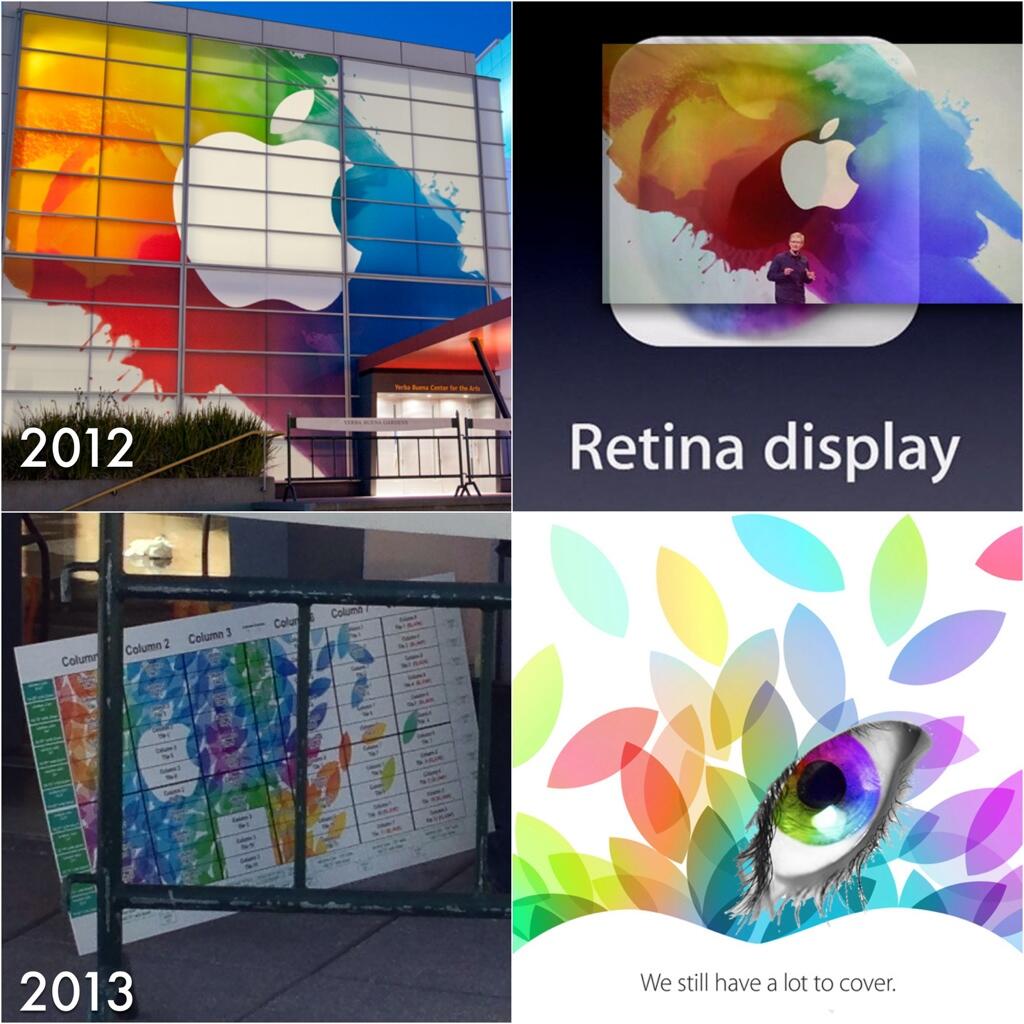