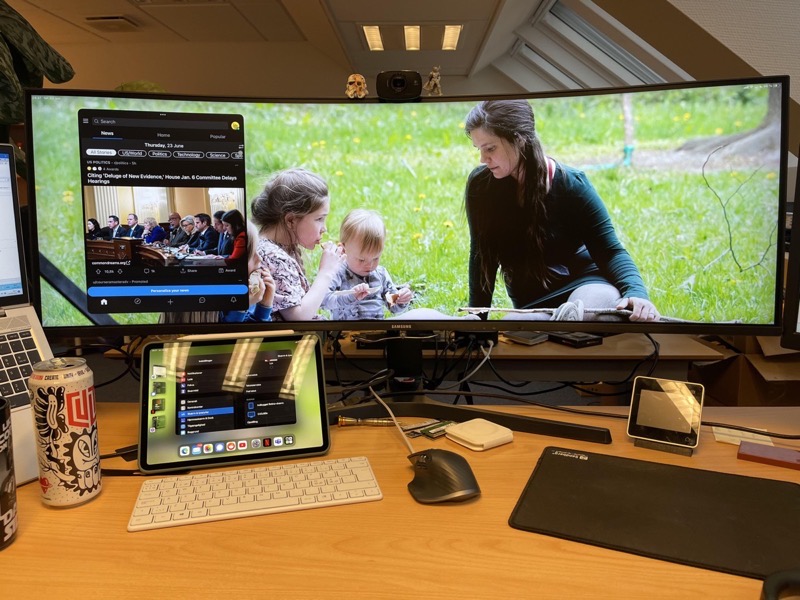 Apple released iPadOS 16 beta 2 yesterday alongside other equivalent betas of iOS 16 and more.

For those with an M1 iPad Air or iPad Pro, you get exclusive access to the feature known as Stage Manager, which lets you view multiple apps on your iPad and external display, including drag and drop between both screens.

With the latest release of iPadOS 16 beta 2, Apple has expanded support to super ultra wide external displays for Stage Manager.

With a super ultra wide monitor, you can have four iPad apps showing side-by-side on the external monitor with no overlap. Stage Manager allows four apps to be running on your external monitor and four app windows on your M1 iPad.

Apple says it is limiting Stage Manager to M1 iPad models due to performance limitations, much to the chagrin of iPad Pro owners that paid for their expensive models with A12X and A12Z chips.