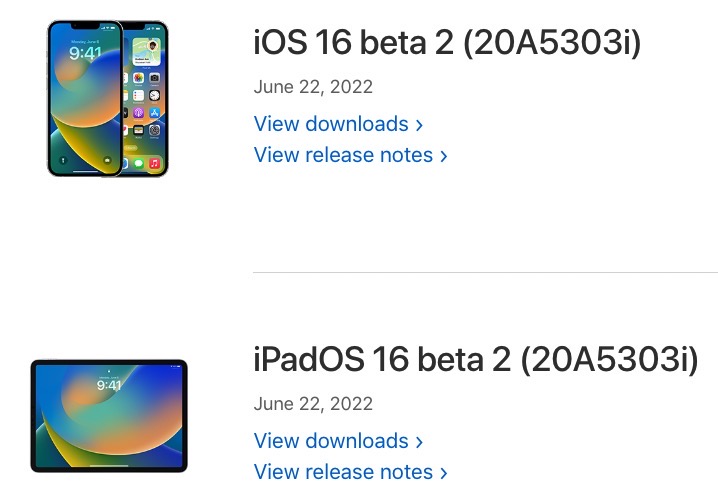 Apple has released iOS 16 beta 2 for download for developers, alongside other betas on Wednesday morning. Check out what’s available for download below:

The size of iOS 16 beta 2 is coming in at 1.67 GB on one of our secondary devices (iPhone 11 Pro Max). No word on exact changes but stay tuned for updates.

The first iOS 16 beta was released just over two weeks ago after the WWDC22 keynote. When will iOS 16 public beta be available for download? Apple said it’s coming in July, likely offering a more stable version for public beta testers.