Apple Canada has restocked its refurbished store with some iPads, in this case third and fourth generation models in 64GB. Here’s what’s available: 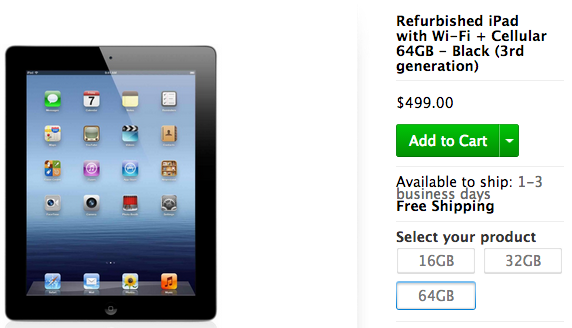 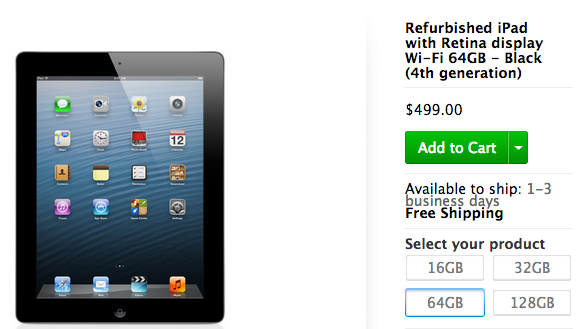 Both are available to ship in 1-3 days, and yes you’ll have to make a choice of which model to get for the $499 price.

Refurbished iPads come with a one year warranty, new battery and exterior shell. They normally sell out very quickly. Of course, new iPads are expected this fall but they won’t be at these discounted prices—yet.