Apple.com has updated its website with two new ‘Your Verse’ campaigns, highlighting iPad stories that showcase how apps have been changing the way people create music in China and how new community movements are being created in Detroit.

One of the two stories focuses on Yaoband, touted as one of ‘Beijing’s beat benders’. Band members Luke Wang and Peter Feng’s new electropop sound has been made possible thanks to apps used to record, capture and perform their songs on an iPad mini. Wang says “With iPad, I can take anything around me, record a sample, re-form it, and make it part of my music.”

Update: Apple has uploaded the videos to their YouTube channel:

With China being one of Apple’s fastest growing markets, this is a smart move to highlight a band from the country, surely a sign to impress its customer base there. 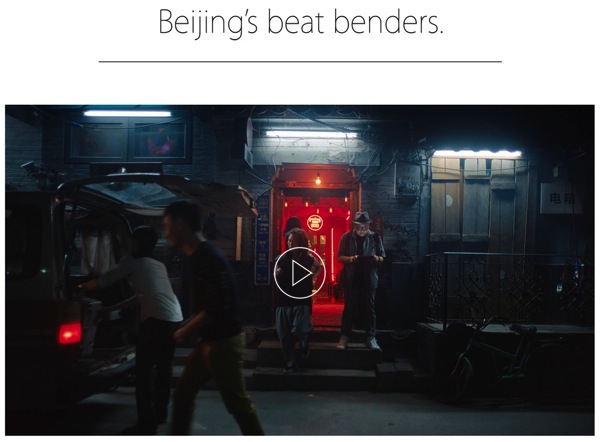 Apps used by Yaoband to create their music include iMPC and iMaschine.

The other story features Jason Hall from Detroit, the organizer of the city’s Slow Roll fast-growing bike movement and how he uses the iPad to create and manage his community bike rides.

According to Hall, he says “I started Slow Roll to show Detroit in a positive light. I love my city, and I wanted to help other people love it again. My iPad helped make it happen.”

In Detroit’s hard times, the Slow Roll movement is just one glimmering light bringing people and life back into the city.

Hall uses apps like Mail, Facebook Pages Manager and Prezi for organizing his bike rides, which have turned into one giant community event.

Both iPad stories can be seen on Apple.com, where various videos highlight how apps are being used to change the way people live for the better.