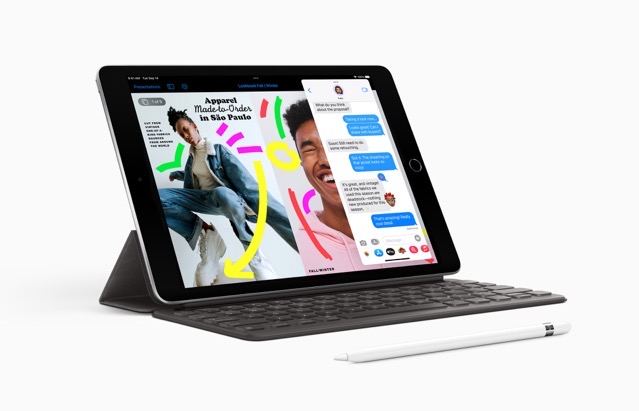 Known Apple leaker “yeux1122” over on the Korean blog Naver today claimed that Apple is planning on unveiling a new base iPad and an M2-powered iPad Pro at an iPad-centric event slated for October (via MacRumors).

The news comes after renowned Apple insider Mark Gurman recently reported that iPadOS 16 has been delayed to October. It would make sense for Apple to unveil a new iPad or two when it releases the latest iteration of its iPad operating system.

Gurman also predicted that Apple would follow up its upcoming iPhone 14 launch event in September with an iPad and Mac event the following month.

According to the rumour mill, this year’s refresh of Apple’s entry-level iPad will sport a major redesign to bring its appearance more in line with its pricier brethren.

Reports of a new, flatter design were corroborated by alleged CAD renders of the device that surfaced earlier this month. It is also expected to feature Apple’s 5G-enabled A14 Bionic chip, a larger display, and a USB-C port.

Meanwhile, the new iPad Pro will boast Apple’s desktop-grade M2 chip. Being powered by more powerful second-generation Mac silicon will give the iPad Pro access to Stage Manager, iPadOS 16’s headline feature that only works on iPads with M-series chips.

In addition, there have been rumours of Apple’s next iPad Pro getting MagSafe charging, as well as reverse wireless charging capabilities.

One previous report even indicated that Apple is working on a massive, 14.1-inch iPad Pro for an early 2023 launch.