Bloomberg is reporting that market share of Apple’s iPad in China has fallen dramatically during the second quarter, as a result of strong competition from cheaper Android tablets. China, which is also Apple’s largest consumer market outside the U.S., has historically been dominated by the iPad, with usually over a 50% share. But now, iPad shipments to the country dropped to 28% in the second quarter of 2013. 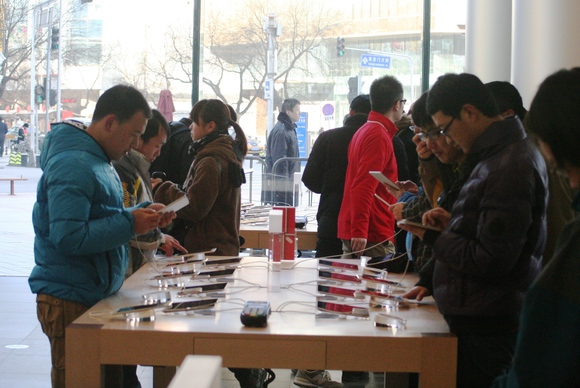 The source notes that local brands including Ramos and Teclast are joining Samsung and Lenovo in capturing tablet sales once dominated by the iPad. According to Shaun Rein, managing director of China Market Research Group, Apple is “no longer the must-have product” in any category. “Consumers are more price-sensitive. Before, people would skip lunch to buy an iPad,” he added. The latest numbers frim research firm IDC show that Samsung’s tablet shipments to China rose more than fourfold to 571,000 and Lenovo’s doubled to 413,000.

“Much of Apple’s lost market share went to small Chinese companies, according to IDC’s Chang. Tablet makers with 1 percent market share or less collectively accounted for 50 percent of shipments in the second quarter, compared with 36 percent a year earlier, Chang said.

Those local players include brands Onda and Aigo, and producers who sell unbranded products to others, Chang said. They are able to leverage the same supply chain in Shenzhen that produces components for many name-brand tablets and then copy the business model that allowed hundreds of makers of smartphones to flourish in China, he said.”

It seems that the only vendor that didn’t fare as well in the market was Microsoft, which is selling both its Surface RT and Surface Pro tablets in the country. The company had less than 1% market share from 37,000 units shipped.