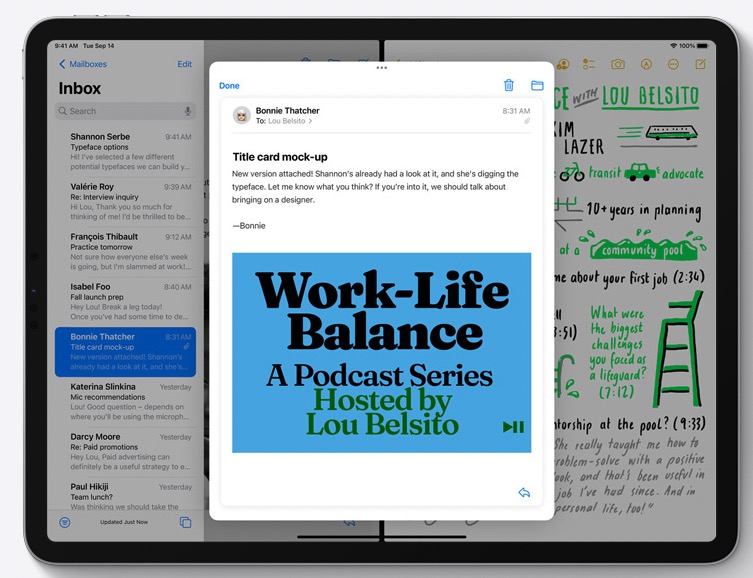 Bloomberg’s Mark Gurman is out with some tidbits ahead of Apple’s WWDC kick off next week.

According to Gurman, major changes are coming to the iPad when it comes to multitasking, to make the tablet feel more laptop-like and also appease pro users.

Unnamed sources say iPadOS 16 will include a “redesigned multitasking interface that makes it easier to see what apps are open and switch between tasks,” reports Gurman. New features will also allow app windows to be resized, plus include new ways for multiple apps to be used at the same time.

With the latest iPad Pro models and the iPad Air gaining Apple’s M1 desktop chip, pro users have been asking and waiting for more powerful features for the tablet.

Gurman says the new features will build upon existing iPad multitasking, which allows for two apps to be run side-by-side, plus a third app to be inserted from the side.

Previously, it was reported by Bloomberg iOS 16 will see a new Lock Screen with widgets, while the Health app will get updates, along with more features for Messages. As for macOS, a redesign is coming to System Preferences, along with apps for the desktop operating system.

The WWDC keynote will be live-streamed next week on Monday, June 6 at 10AM PDT/1PM EDT. Full coverage here again, as always so stay tuned.