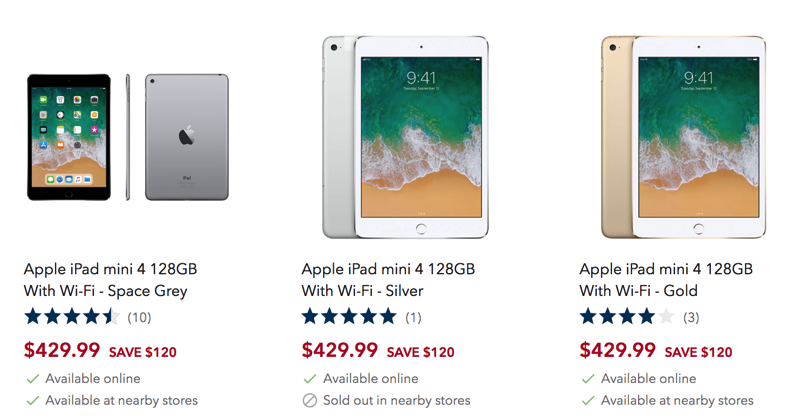 The iPad mini 4 is powered by Apple’s A8 CPU and last year Apple reduced the line down to a single 128GB storage option.

Apple’s refurbished store has last year’s 128GB Wi-Fi 9.7-inch iPad for $419, which is powered by the A9 chip. So if you’re looking to future-proof your iPad for iOS updates, you may want to stick with newer hardware, such as the latest iPad which has an A10 Fusion chip, starting at $429.