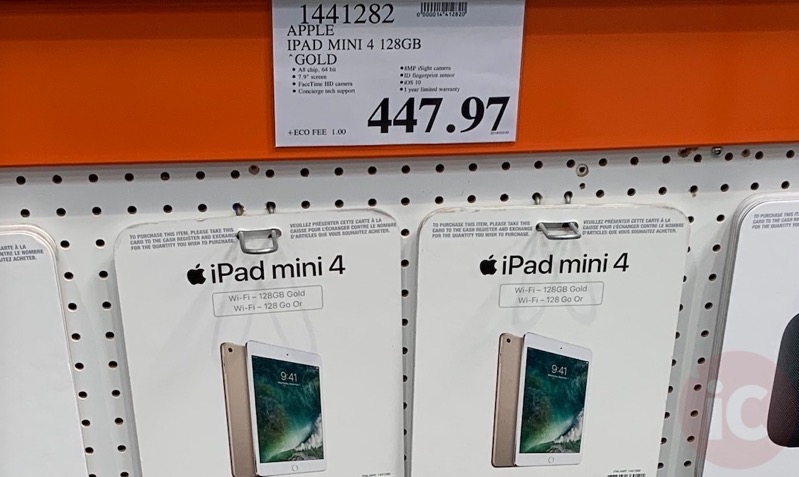 If you’re looking for a sale on Apple’s 10.5-inch iPad Pro and iPad mini 4, check out your local Costco.

Any Costco addict knows an item ending with “.97” at warehouses means it’s a clearance price. Here are some prices right now for iPads on clearance Costco locations in western Canada (it may be the same out east too):

Now you are probably aware Apple recently launched a new iPad Air (which is based on the 10.5-inch iPad Pro design) and refreshed iPad mini 5 (based on the iPad mini 4 design).

The iPad mini 4 is on Apple’s aging A8 CPU from 2014, while the new iPad mini 5 at $80 more is running the more powerful A12 Bionic. You’re better off spending more to get a new iPad mini 5.

Again, the 10.5-inch iPad Pro from Costco is worth considering if you don’t need the latest and best iPad from Apple. Buying from Costco means a rock-solid return policy, which for electronics is at 90 days, compared to Apple’s 15 days.