Waterloo’s Primate Labs has posted what they believe to be an early Geekbench results score for the latest 4th generation iPad–which isn’t set to launch until this Friday, November 2nd: 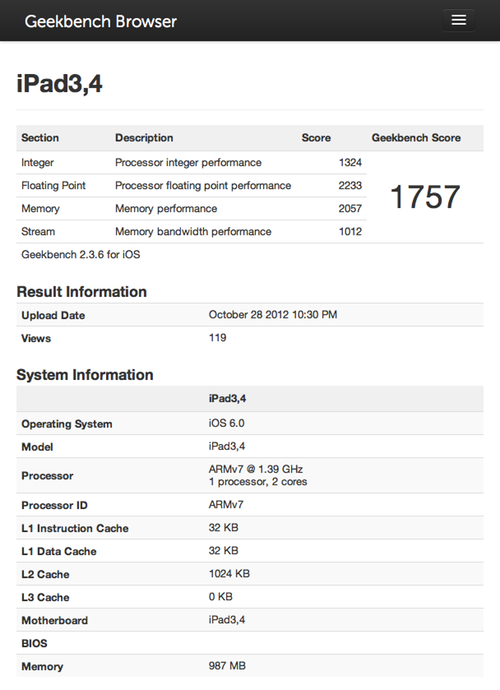 The iPad 4 scores 1757, which edges out the iPhone 5 (1571), and improves upon the former iPad 3 and iPad 2 with more than twice the performance (which is in line with Apple’s claim of 2x CPU performance due to the new A6X chip).

It’ll be interesting to see further real world benchmarks and how the A6X fares with day to day usage. Just seven months after the iPad 3 debuted, Apple updated their 9.7″ Retina display tablet with the A6X, LTE, Lightning connector, faster Wi-Fi, and better cameras. The prices and configurations remained the same.

Anyone out there order an iPad 4 (or iPad with Retina display if you want to get technical)?