Primate Labs has posted about iPad mini benchmarks showing up in Geekbench from five different models of the smaller iPad. Considering the iPad mini uses the same A5 processor found in the iPad 2, the results aren’t surprising at all, with a score coming in at 745. 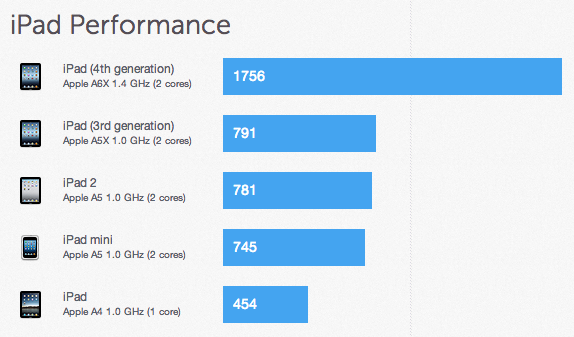 The iPad 2 fares slightly better than the iPad mini, but it’s pretty much on par for the A5 processor, with the A5X in the iPad 3 edging out the bunch.

When compared to the latest A6X processor in the 4th generation iPad, the latter is more than twice as fast as the iPad mini. Recently, Primate Labs also posted benchmarks of the iPad 4 revealing the A6X running dual cores at 1.4GHz.

Here’s how the iPad mini compares to the latest iOS devices according to the Geekbench iOS benchmarks page–its score surpasses the iPhone 4S and the latest 5th generation iPod touch: 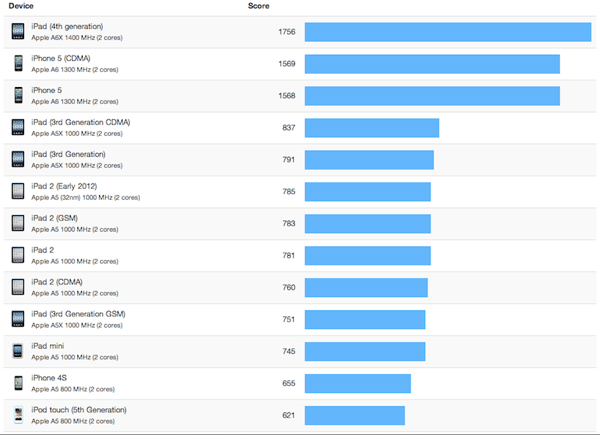 What do you think of the performance in your iPad mini so far?