The iPad Air launches tomorrow in Canada and the USA plus other countries in the first wave. Apple retail stores will open at 8AM, while online sales are set to kick off at 12:01AM PDT on November 1. Online sales are already underway in Australia, Hong Kong and

As for Apple resellers, Future Shop and Best Buy will be opening at 8AM for the iPad Air launch, as seen in their latest newsletter blast: 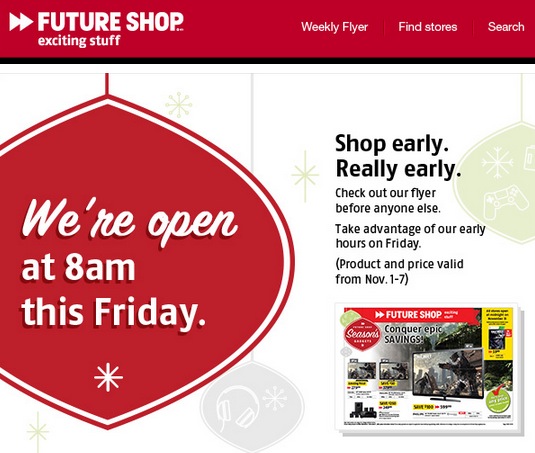 You will also be able to buy the iPad Air at Staples, Walmart, London Drugs and other resellers too. We confirmed some London Drugs locations will be open at 8AM (downtown Vancouver location on Granville), while others said they would be opening at regular 9AM hours. Target and Staples said it will be open at 8AM and supplies will be on a first come, first served basis. Your best bet is to call your local store as opening hours may vary.