The team from iFixit has started revealing the innards of Apple’s new iPad Air 2. The ongoing teardown reveals the new Touch ID sensor, which has a cable that unsurprisingly looks like the one found in the latest iPhone 6 models.

As for the logic board, you can check it out below (expect Chipworks to soon analyze internals via electron microscope soon): 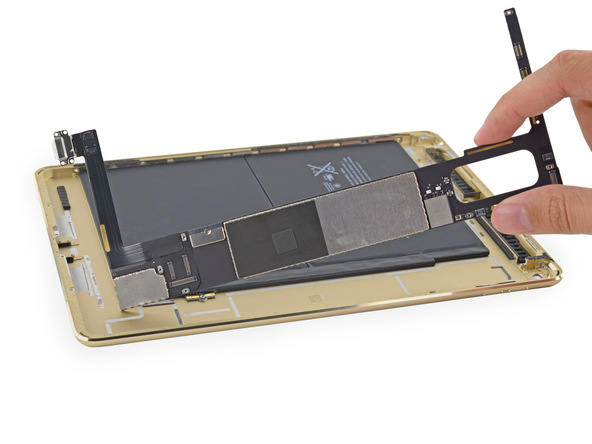 We also get a closer look at the 8MP iSight camera, which has some improvements over the first gen iPad Air camera: 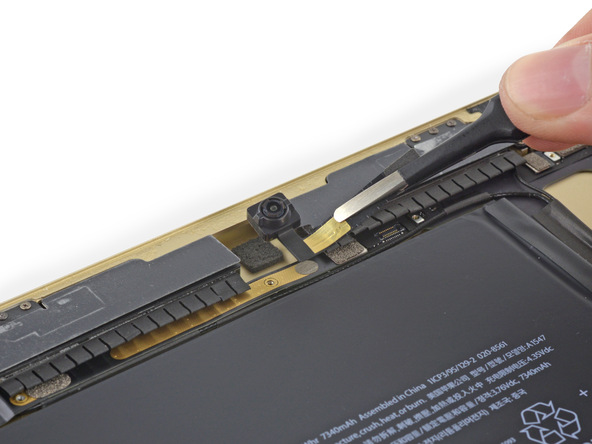 It’s amazing how much tech Apple can fit into a slim slab of aluminum. Aside from rearranging how some parts have been put together, iFixit has revealed markings on the battery, showing a 7,340mAh dual cell battery, smaller compared to last year’s 8827mAh battery. Despite the size difference, battery life remains the same.