Apple’s embargo has lifted on members of the press that received early iPad Air 2 and iPad mini 3 review units.

As expected, the iPad Air 2 is praised as being very thin, light and fast. Earlier today Primate Labs posted Geekbench 3 benchmarks which saw the iPad Air 2 in multi-core tests beat all other iOS devices by a large margin: 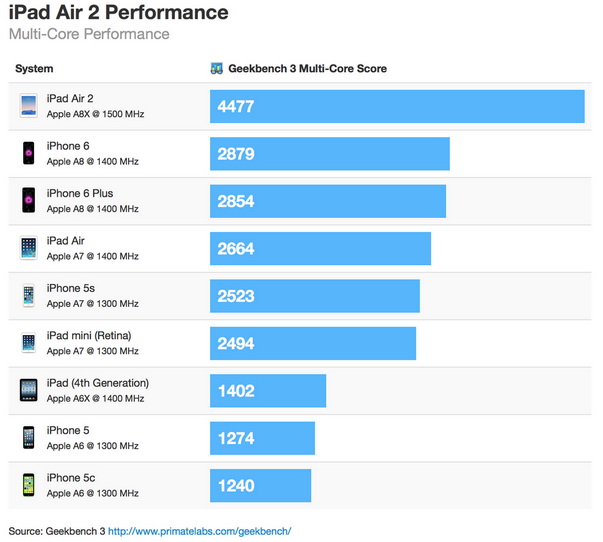 Here are the single core tests: 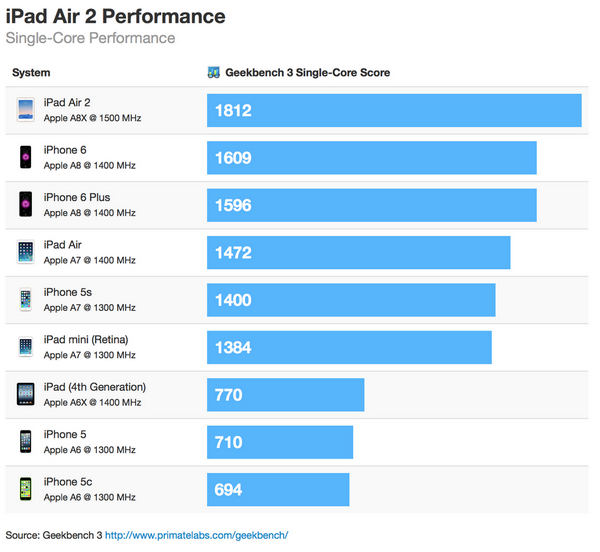 As for the iPad mini 3, since it only gained Touch ID and the gold colour option, there wasn’t that much to get excited about. Interestingly enough, early preliminary Geekbench 3 tests by Macotakara show the iPad mini 2 as being slightly faster than the iPad mini 3: 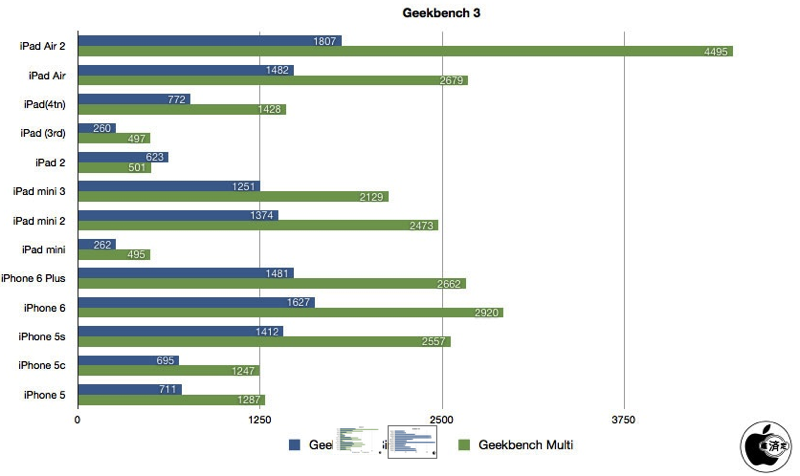 iPad Air 2 online pre-orders have already started shipping to Canada, but some deliveries might not make Friday’s launch date.