A new report seems to deny rumours of an April launch of the iPad 5. Digitimes has learned that Apple will start production of the next generation 9.7-inch iPad in later this summer. 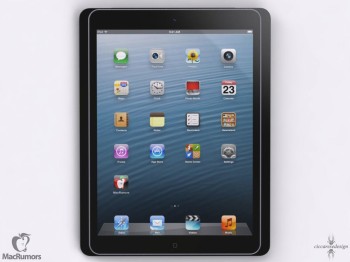 The report published on Tuesday comes from the Taiwanese tech industry news website – which has a hit-or-miss track record in terms of Apple rumours – and cites Taiwanese supply-chain sources, as usual.

However, the rumour is in line with previous whispers claiming the iPad 5 will be thinner and lighter than the iPad 4, and will carry the reminiscences of the iPad mini design in terms of slim bezel design. Sources claim that the display of the iPad 5 will be provided by LG Display and Sharp, the touch panels by TPK, and the ITO film by Nitto Denko and Teijin.

Apple’s traditional launch of the iPad has been in the first months of the year – we have seen the iPad 2 and 3 launched in March – but last year the company decided to update the iPad line, introducing the upgraded iPad 4 with Lightning dock and A6X processor in October. The launch was a surprise for many and it altered the usual iPad launch pattern.