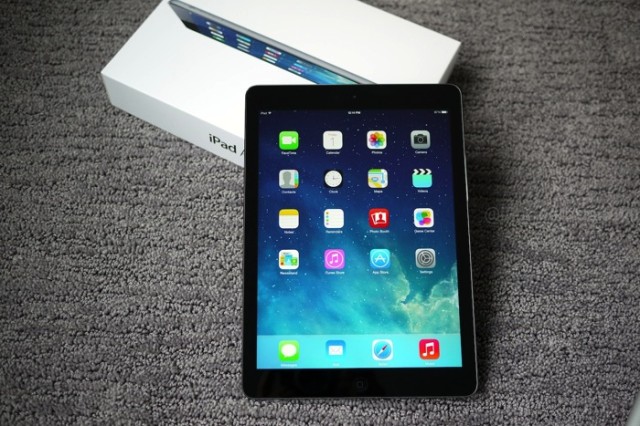 According to Fiksu’s metrics, after just three days of the iPad Air going on sale, its user base has already grown to 0.74%, much better than the 0.15% measured for the same period after the iPad 4 went on sale. As another comparison, there is the adoption of the iPad mini, which stood at 0.22% during the same period last year.

Another report, from Mixpanel, corroborates what Fiksu measured through those millions using the apps of their clients: as of Monday morning, the iPad Air accounts for 1.53% of all iPad traffic, while the iPad 2 still retains more than 36%. 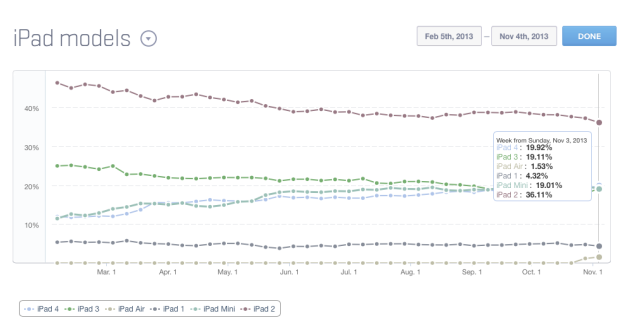 The iPad Air hit stores on November 1, while the iPad mini with Retina display still awaits an estimated availability date. Apple is said to be facing severe display panel supply constraints that will likely cause iPad mini supply issues, but has reportedly turned to Samsung to provide Retina display panels for the 7.9-inch model.

Apple usually makes public the first-weekend sales numbers after an iDevice launches, but the iPad is slightly different. Last year the company announced that it had sold 3 million iPads in just three days, but the iPad mini 2 is not available yet. While we wait for both the devices to hit the shelves, and for Apple to announce sales numbers, based on the early adoption rate of the iPad Air, we can speculate that Apple is looking forward to a bright holiday quarter.