In late October we told you Apple had updated the iPad Air section on its website to note support for 1700/2100MHz AWS bands, which would mean it would be fully functioning on newer wireless entrants WIND Mobile, Mobilicity, Eastlink and Videotron in Canada.

We can now show you the Wi-Fi + Cellular version of the iPad Air connected to WIND Mobile’s 3G network, courtesy of iPhoneinCanada.ca reader Basil. The images below clearly show the iPad Air connected to WIND Mobile and Basil notes he is using the company’s $35 data stick plan. He did need insert APN settings of broadband.windmobile.ca and use manual carrier selection as the ‘auto’ feature would drop his signal sometimes.

Basil confirmed iMessage works, he says FaceTime shows it is ‘connected’ but has yet to test it out for 100% confirmation. Other than a few disconnections here and there, he is not dealing with any other issues. 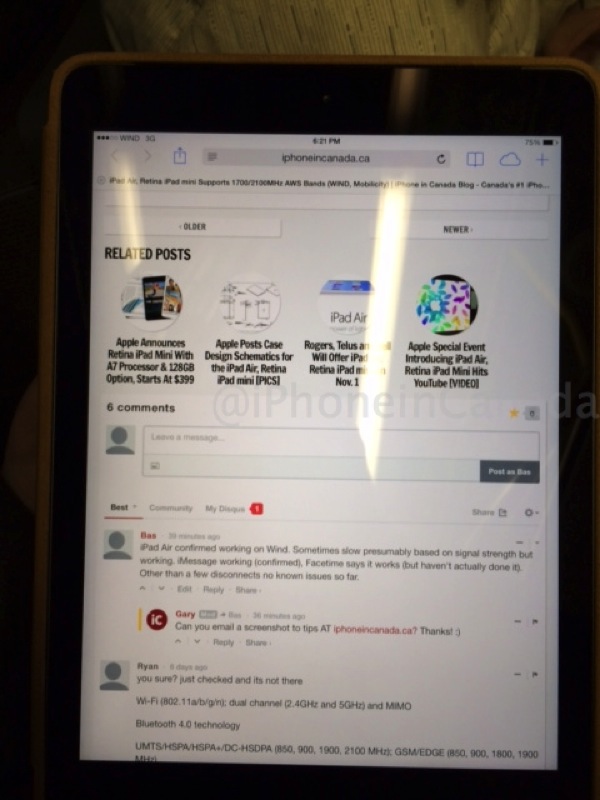 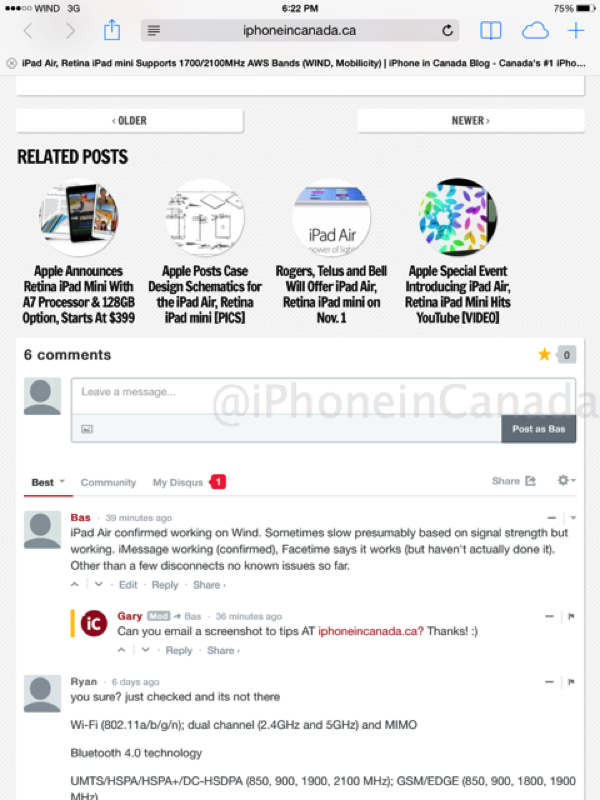 Of course, by using the iPad Air on WIND Mobile, you are limited to the 3G network and no LTE.

According to iFixit, the iPad Air cellular model shares the same Qualcomm M9615M LTE Processor found in the iPhone 5s and 5c, which also supports 1700/2100MHz AWS bands out of the box.

Are you using your cellular iPad Air on any other AWS networks in Canada? Feel free to share your experiences in the comments.