Starting tomorrow Walmart is set to hold the 16GB Wi-Fi Retina iPad mini 2 on sale for $298 (the flyer says it’s LTE, but it’s not), which is a savings of $31 compared to buying from Apple. 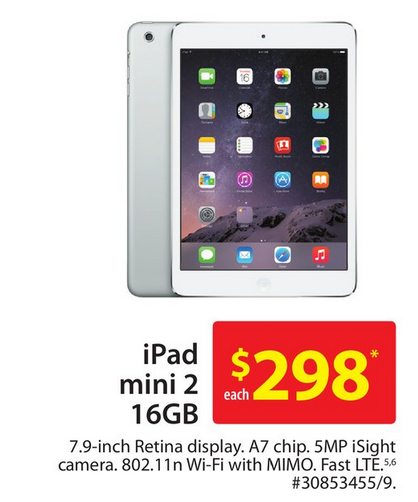 If you don’t have a Walmart nearby, you can price match this at a retailer like Future Shop, which is selling the same model for $308.99 right now.

The Retina iPad mini (now known as iPad mini 2) launched back in November 2013 and the entry model was priced at $419 CAD.

Let us know if you’re going to be jumping on this!