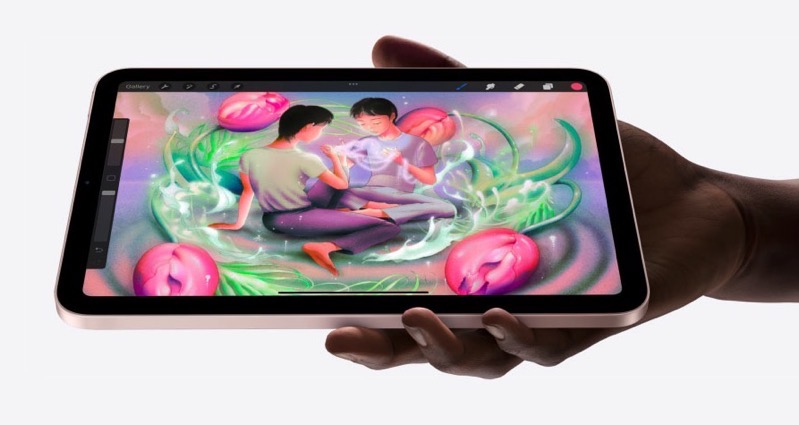 Some iPad mini 6 owners are calling out an issue related to the device’s display, what is being called ‘jelly scrolling’.

The issue involves scrolling up or down slowly on a web page or document, as one side appears to be refreshing slower than the other, resulting in a wobbly effect.

Apple has responded to ArsTechnica in regards to the ‘jelly scroll’ issue, saying it’s considered normal behaviour for LCD displays.

“Because these screens do refresh line by line, there is a tiny delay between when the lines at the top of the screen and lines at the bottom are refreshed. This can cause uneven scrolling issues like the ones observed on the iPad,” reports ArsTechnica’s Andrew Cunningham, in a story update shared on Tuesday.

Cunningham says the ‘jelly scroll’ effect is noticeable on his iPad mini 6, but not on other iPad screens using 60 Hz LCD panels, including the iPad Air 4 and entry iPad. He also says there’s a “clear dividing line down the middle of the screen in portrait mode” in his testing as well, noting the ‘jelly scroll’ behaviour doesn’t happen only on the edges of the screen.

Apple says there are no hardware or software updates required to “fix” the so-called ‘jelly scroll’.

Here’s an example of the issue shared by The Verge’s Dieter Bohn:

Here is is slow-mo video of scrolling on the iPad Min i slowed down EVEN MORE in a frame-by-frame step through. Notice how the right moves up faster than the left.

In normal usage you barely see it, but every now and then it become noticeable. In landscape it goes away entirely pic.twitter.com/iq9LGJzsDI

Are you dealing with the ‘jelly scroll’ issue on your iPad mini 6, or other iPads?