Popular teardown analysis website iSuppli has just completed its report regarding the Apple iPad Mini teardown and according to them, the base model for Apple’s smaller tablet i.e a Wi-Fi-only 16 gigabyte iPad Mini that retails for $329, costs at least $188 to build (via AllThingsD). 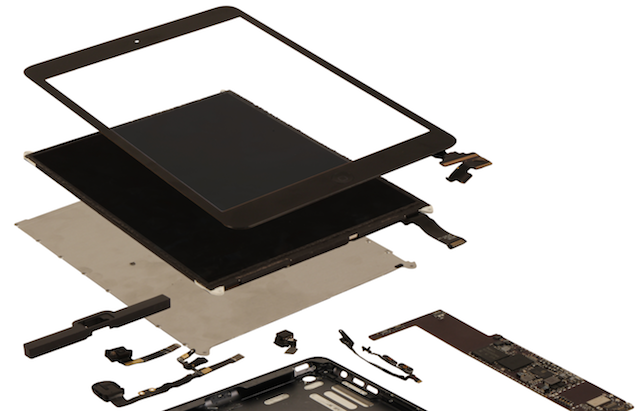 The reports claims that 32GB or 64GB additional memory adds only incremental cost i.e $31 for 32GB version and $62 for 64GB, thus adding a fair amount of profit. The teardown also revealed the identities of several key suppliers on the latest device, for instance LG Display and AU Optronics were found to have supplied the display components, while Samsung continued its role as the manufacturer of Apple’s A5 processor.

However, wherever Apple has a choice to buy components from other suppliers not named Samsung, it appears to be doing just that. Memory chips and displays, a portion of which have, in previous generations of iOS devices, been purchased from Samsung, appear to be coming from other players. This also appeared to be true of the iPhone 5, released earlier this year.

As always, the identity of the camera suppliers could not be determined.