A pre-release model of the Kindle Fire HDX 8.9 outperformed the iPad Air’s Retina display in a number of tests in the latest display shootout, performed by DisplayMate (via CNET).

It turns out that the Kindle Fire HDX 8.9 outperformed the iPad Air in multiple categories, prompting Soneira to write that the Amazon tablet has “leapfrogged into the best-performing Tablet display that we have ever tested.”

The iPad Air’s results fell below the Kindle tablet in brightness, screen reflectance, and high ambient light contrast, and the Amazon device also topped the chart in power efficiency.

As the study points out, the Kindle Fire HDX tablet uses a high-quality LTPS (Low-Temperature Poly-Silicon) LCD, the same technology used with the iPhone 4 and 5. The iPad Air uses IGZO technology, which, it turns out, is 30% less power-efficient than LTPS:

By switching to IGZO, Apple has achieved an impressive 57% improvement in display power efficiency compared to previous-generation iPads with Retina Display. 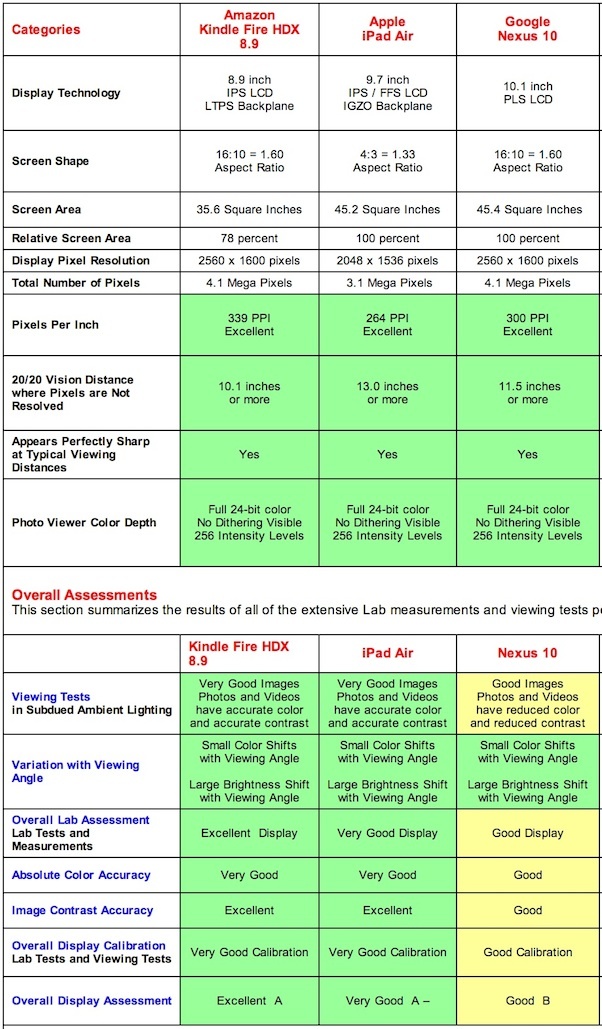