Given the decision to debut an 11-inch iPad Pro, the company’s 10.5-inch iPad Pro still remains for sale, but now it is priced from $799 in Canada for the entry 64GB Wi-Fi model, seeing a $70 discount. 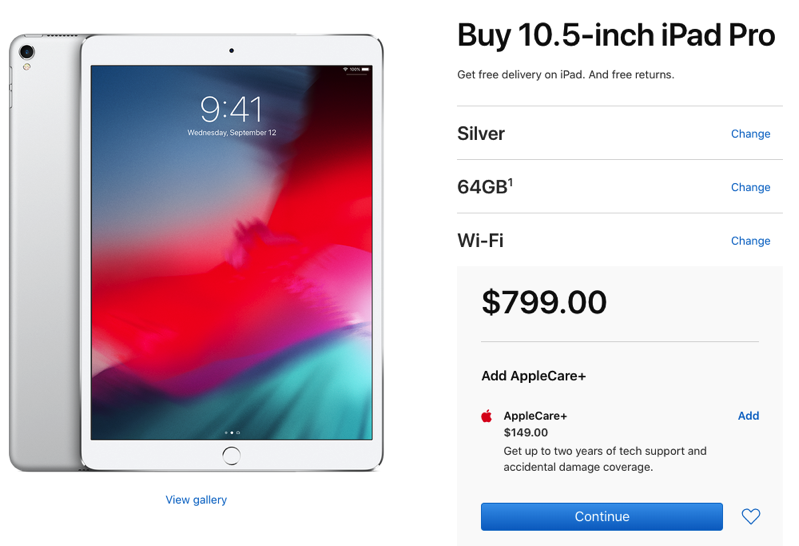 The 10.5-inch iPad Pro debuted in June 2017, starting at $869 for the 64GB Wi-Fi model. It comes with the A10X Fusion chip, debuted with thinner bezels and contains the camera system of the iPhone 7, to go with ProMotion technology for the display, allowing refresh rates up to 120 Hz for fluid scrolling.

It’s probably worth it to spend extra for these latest technologies. I’m pretty sure the 10.5-inch exists solely to funnel users into the newer models–am I right??!!