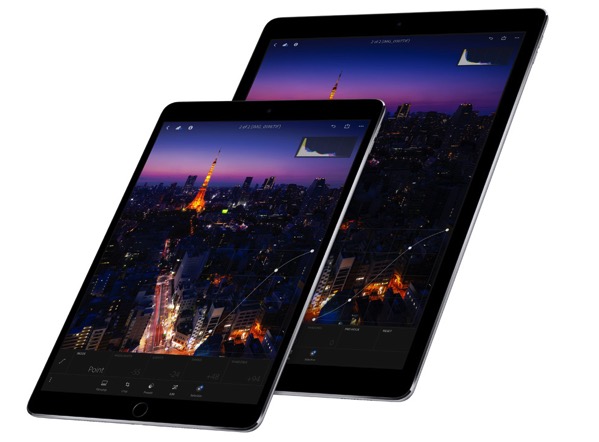 At today’s WWDC event in San Jose, California, Apple unveiled an all-new 10.5-inch iPad Pro and a new 12.9-inch iPad Pro, featuring a redesigned Retina display with ProMotion technology and a new super-fast A10X Fusion chip. The new 10.5-inch model reduces the borders by nearly 40% to fit into an incredibly compact package that still weighs just under 500 grams. The 10.5-inch iPad Pro comes in silver, space grey, gold and rose gold and starts at CDN $869 for the 64GB WiFi model.

“These are by far the most powerful iPads we’ve ever created with the world’s most advanced displays featuring ProMotion, the powerful new A10X Fusion chip and the advanced camera system of iPhone 7,” said Greg Joswiak, Apple’s vice president of Product Marketing. “Together with iOS 11 these new iPad Pro models will radically change what users can do with iPad.”

Combined with powerful new iPad features in iOS 11 coming this fall, like the all-new Files app, customizable Dock, improved multitasking and deeper integration of Apple Pencil, iPad Pro gives users the ability to be even more productive and creative.

The iPad Pro models feature ProMotion, a new technology that delivers refresh rates of up to 120Hz for fluid scrolling, greater responsiveness and smoother motion content. With ProMotion, Apple Pencil is even more responsive with an industry-best, 20-millisecond latency for even more fluid and natural drawing.

The technology also improves display quality and reduces power consumption by automatically adjusting the display refresh rate to match the movement of the content. 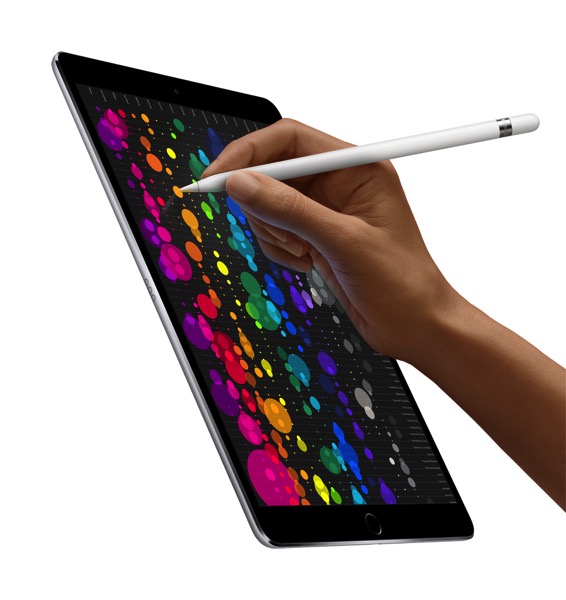 The new iPad Pros feature the same front and rear cameras as the iPhone 7 i.e. a 12-megapixel camera with optical image stabilization, and a 7-megapixel FaceTime HD camera. They also features a four-speaker audio system, providing powerful, clear and rich stereo sound in any orientation.

A new full-sized Smart Keyboard has been custom designed for the 10.5-inch iPad Pro, offering a thin yet durable keyboard that never needs to be charged or paired over Bluetooth and is easily foldable into a protective Smart Cover.

The new iPad Pro models come in silver, space grey, gold and rose gold, and are available to order beginning today from Apple.com/ca and will start delivering to customers next week. Both models will also be available next week in Apple Stores, through select carriers and Apple Authorized Resellers. 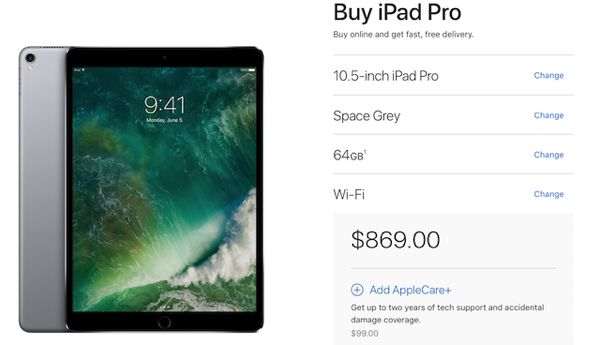 Below are the prices for the new iPad Pro models in Canada: