If you’ve been waiting for 10.5-inch iPad Pro models to hit Apple’s online refurbished store in Canada, they are now available, starting at $739 CAD and up to $1249 CAD. These iPad Pro models were originally released in June 2017. 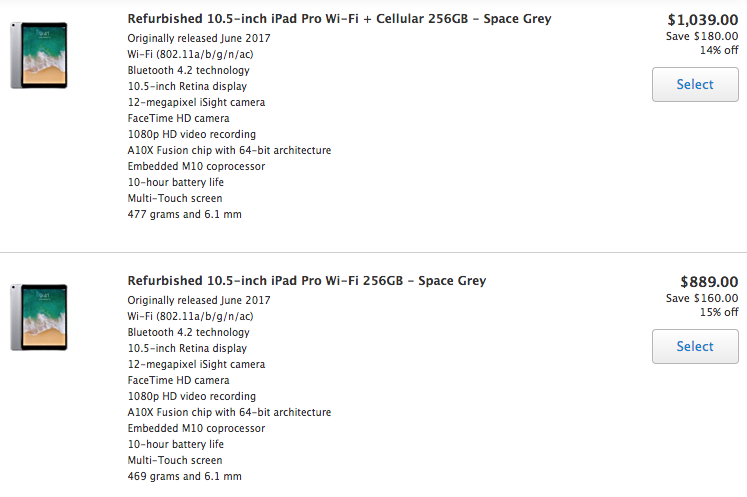 As of writing, various Wi-Fi and cellular models are available, in Gold, Silver, Space Grey and Rose Gold, with capacities ranging from 64GB up to 512GB. Discounts are showing as 14-15% off retail prices, saving you $130 and up to $220.

Refurbished iPads include a one-year warranty, plus come with a new battery, outer shell and “new white box”. Supplies are usually limited so make a decision if you’ve been waiting for these to become available.