Apple stated the Retina iPad mini would come in “November” which could mean anytime in the month, most likely during the latter half. As for a specific date of the launch, the Retina iPad mini’s listing on Target.com has listed the “Release Date” as Thursday, November 21, 2013, spotted by MacRumors yesterday, and still live as of writing: 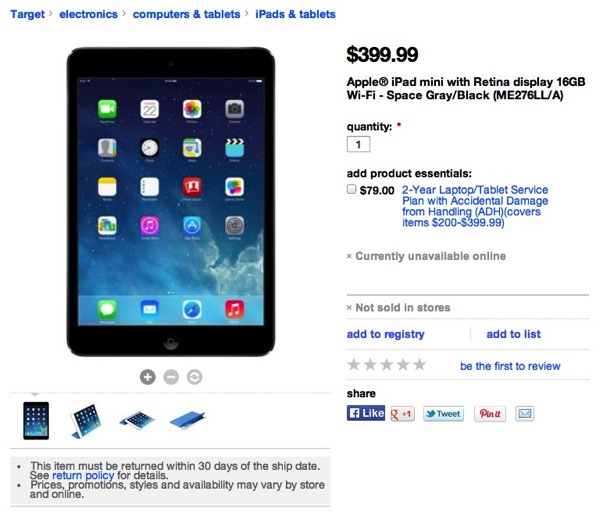 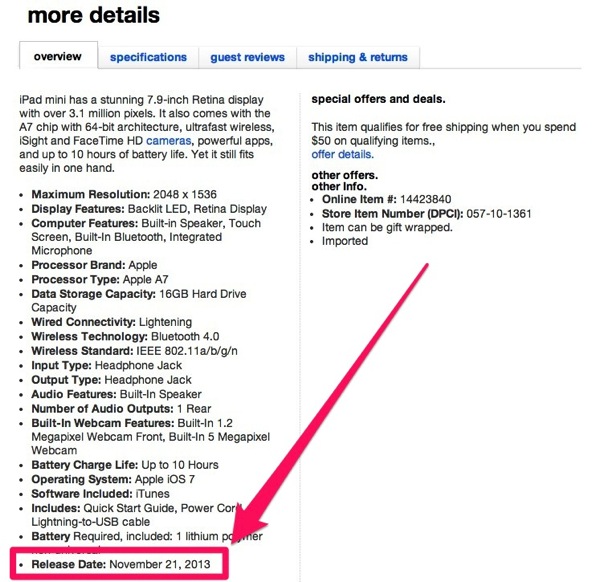 Typical Apple product launches happen on Friday, but this date could suggest the company is ensuring stock will be widely available for the popular Black Friday shopping day, set for November 29. There have been rumours of tight initial supply for the newest iPad mini, with even Apple’s CEO claiming supplies could be constrained at launch.

The iPad Air will launch on November 1 and sales have already begun online down in Australia, with shipping availability dates of “Within 24 hours”, a hint once sales start tonight past midnight in Canada we’ll see the same availability estimate. 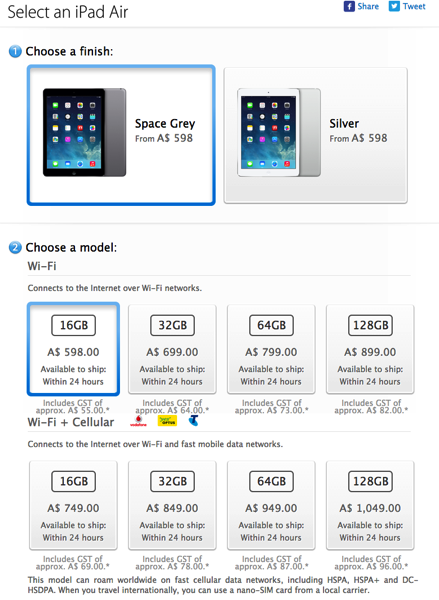