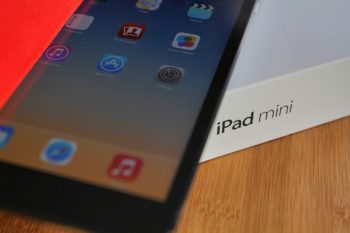 Apple started selling the iPad mini with retina display on its online store November 12th. There was a lot on confusion at first if the Apple retail stores would have them in stock on the 12th as well. It turns out they did, but in limited quantities, and the only way to buy one was to reserve it online and then go pick it up in store.

If you want to buy one, click HERE to see if your store has any in stock and which models. Both stores here in Edmonton only had the 64GB WiFi model in space grey. So I reserved it and picked it up last night. You can also check with other Apple resellers. I know Best Buy and Future Shop have them in stock, and they have other models, but their supply is extremely limited.

But enough about that. Let’s get to the unboxing. My son Devon wanted to help me, so he joined me in this unboxing video. I hope you enjoy. Let me know if you’re picking up a retina iPad mini or if it’s on your Christmas list.