If you’re looking for an iPad mini 3 or 4, check out your local Rogers store, as both cellular models in 16GB capacities are on clearance. These models are available as an outright purchase and the clearance is not advertised and only available in-stores. 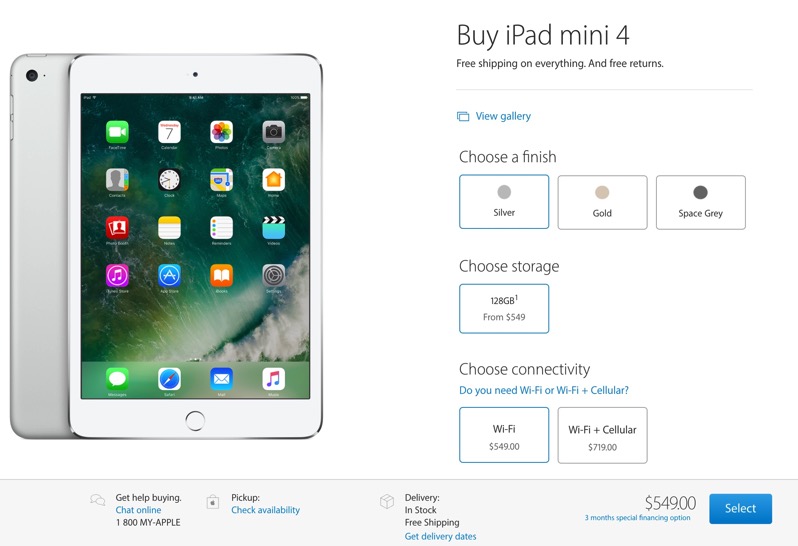 Here’s what you can get, if you’re lucky:

Right now, Apple sells a cellular iPad mini 4, but it’s only available in 128GB and costs $719 CAD (there was a price drop earlier this year).

You can buy a refurbished cellular 16GB iPad mini 2 from Apple for $389, so as you can see the iPad mini 4 above is a good deal if you can locate one.

We confirmed the clearance sale by speaking with a Rogers store in Toronto, but from what we were told, stock is limited to what’s available at respective retail stores, and it doesn’t sound like lots are available. But if you feel like ‘deal’ hunting for an older iPad mini, go ahead and try your luck (the Rogers store at Mayfair Mall in Victoria has an iPad mini 4 in stock btw).