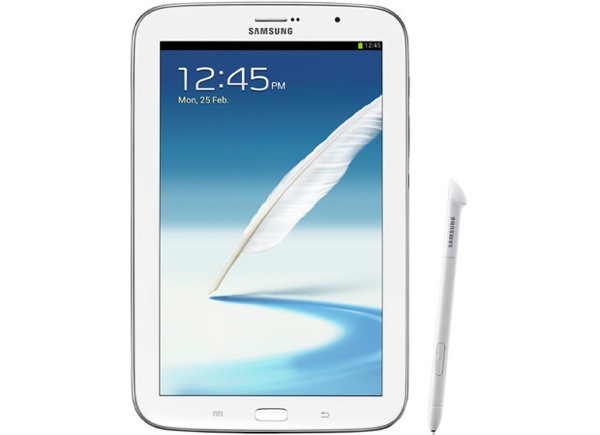 Samsung has announced the launch of its Galaxy Note 8.0 at the Mobile World Congress in Barcelona, Spain, which looks to take straight aim at Apple’s iPad mini.

Engadget notes There will be a global version (not available in the USA) with HSPA+ 21 connectivity (850/900/1900/2100MHz), so you can look like a real champ with this tablet against the side of your face.

Check out the hands-on images comparing the iPad mini versus the Galaxy Note 8.0, as taken by Android Central (via iMore): 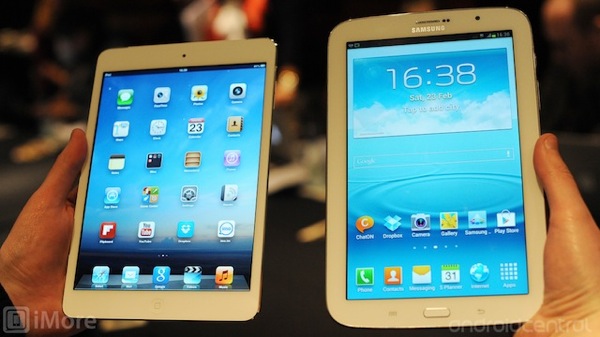 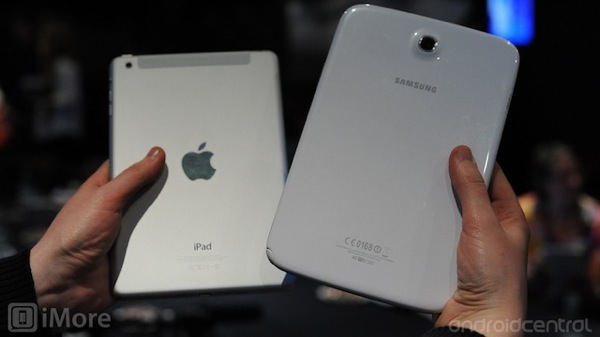 Samsung said the new Galaxy Note 8.0 will available in Q2 for purchase but did not unveil any pricing. The iPad mini is still 30 grams lighter and also thinner than the Galaxy Note 8.0.

Anyone excited for this? We know Android in Canada will be all over this. For a full hands on check out the coverage over at AnandTech.