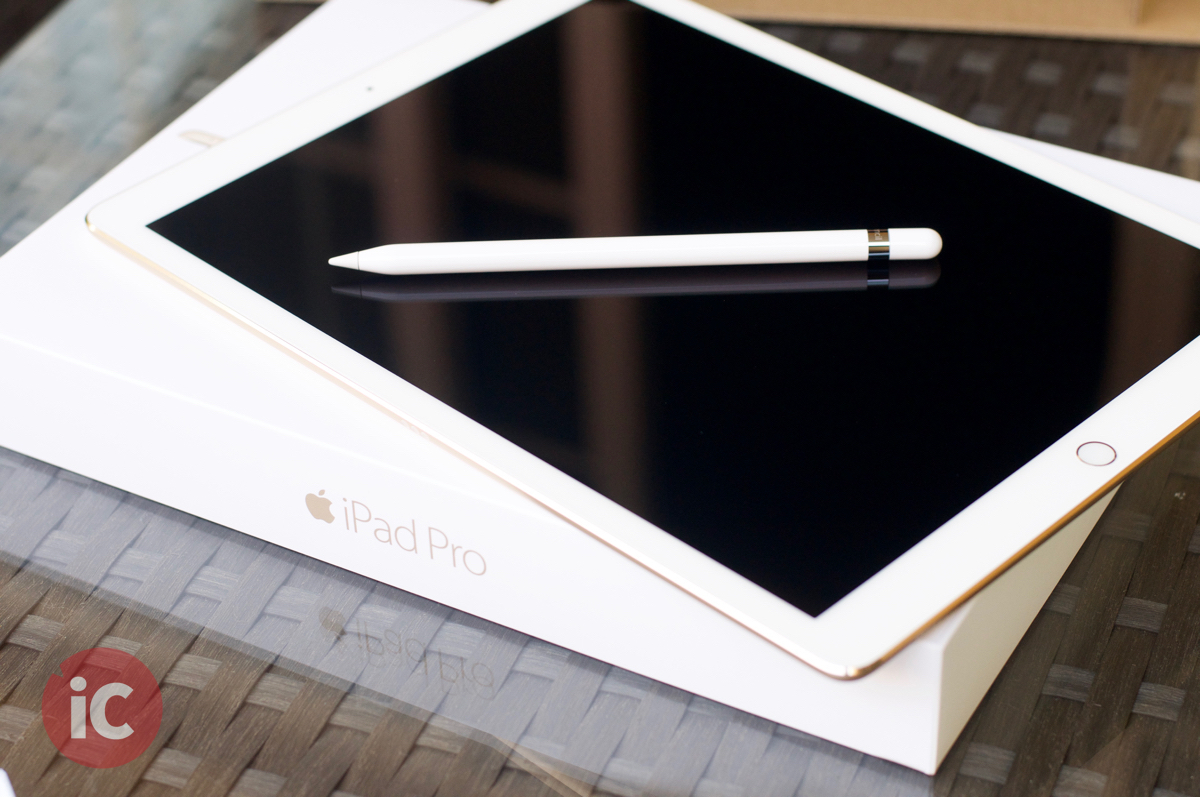 So I got the iPad Pro delivered this morning, and boy was I excited to see it. In fact, I was twice as excited for this latest Apple product versus the iPhone 6s or even the Apple Watch I received earlier this year.

I ordered both the 32GB iPad Pro Wi-Fi model in Gold and the Apple Pencil (the day it came in stock online) when it was in-stock at Best Buy. The iPad Pro came in Apple’s traditional brown shipping box while the Apple Pencil was in the store’s own padded envelope packaging. Check out the unboxing pics and my initial impressions right after the jump. 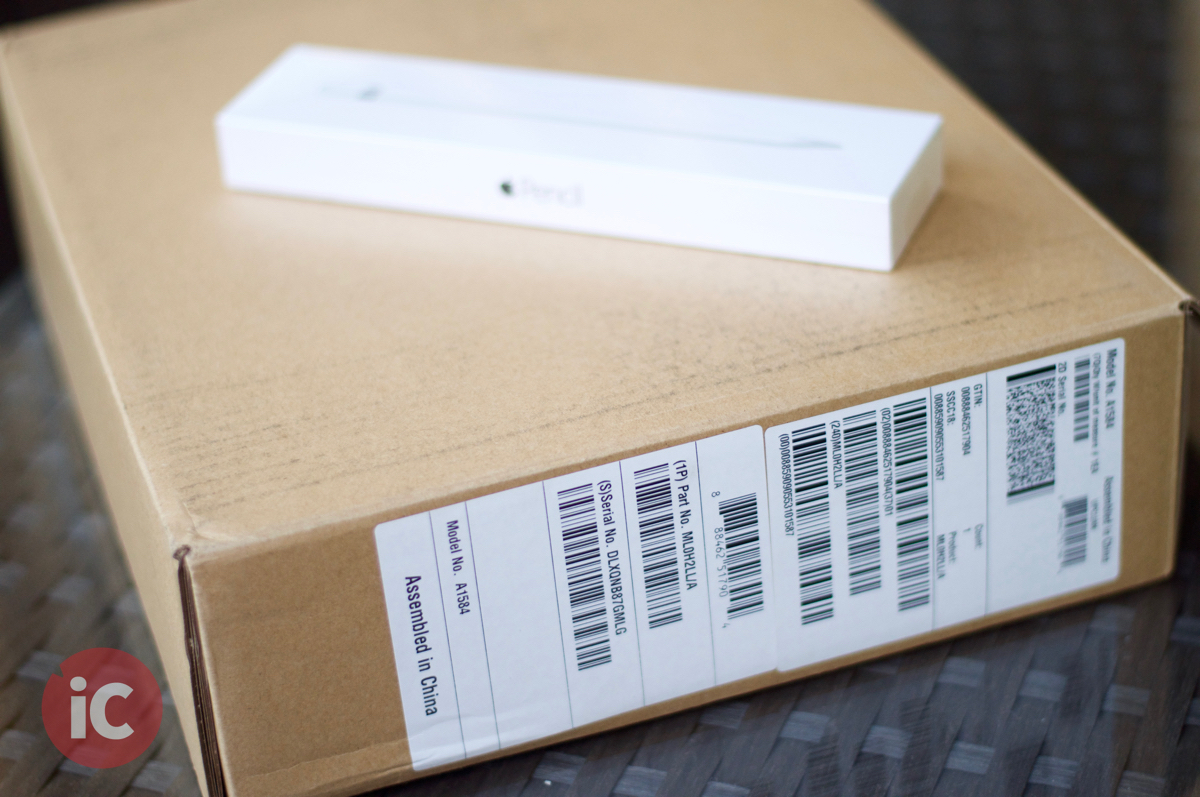 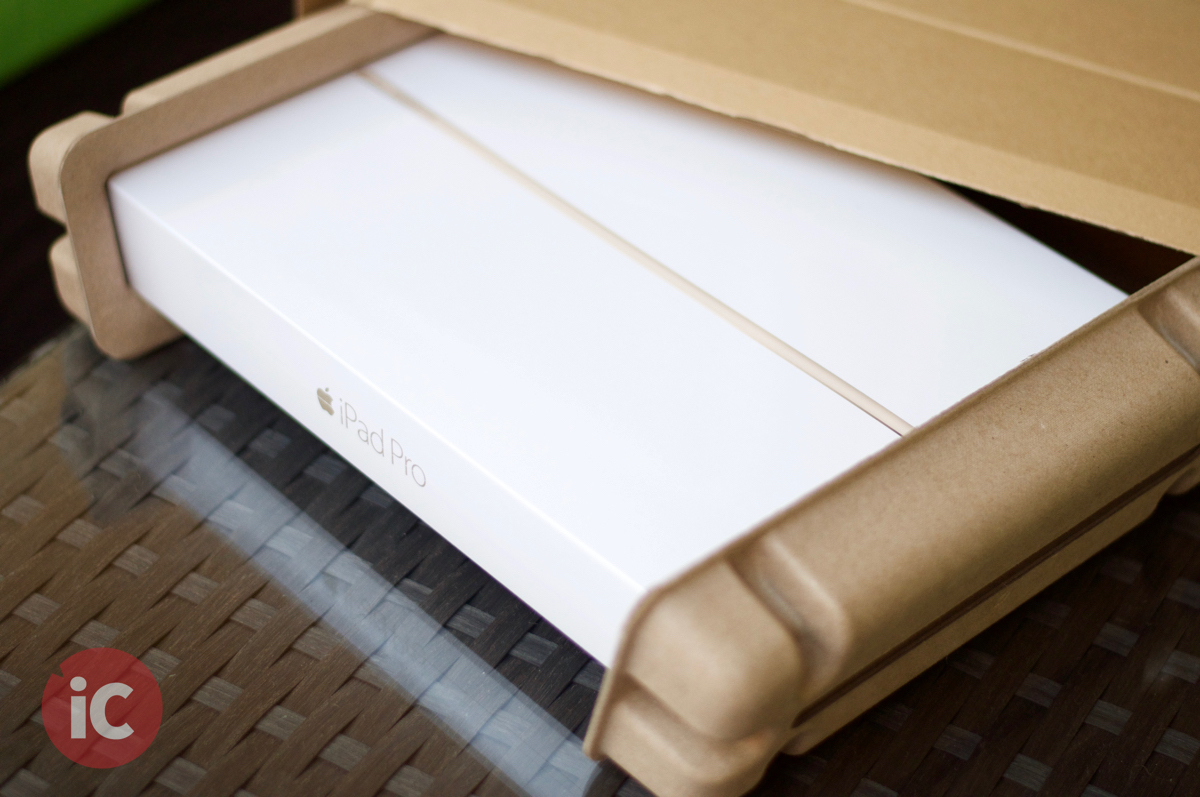 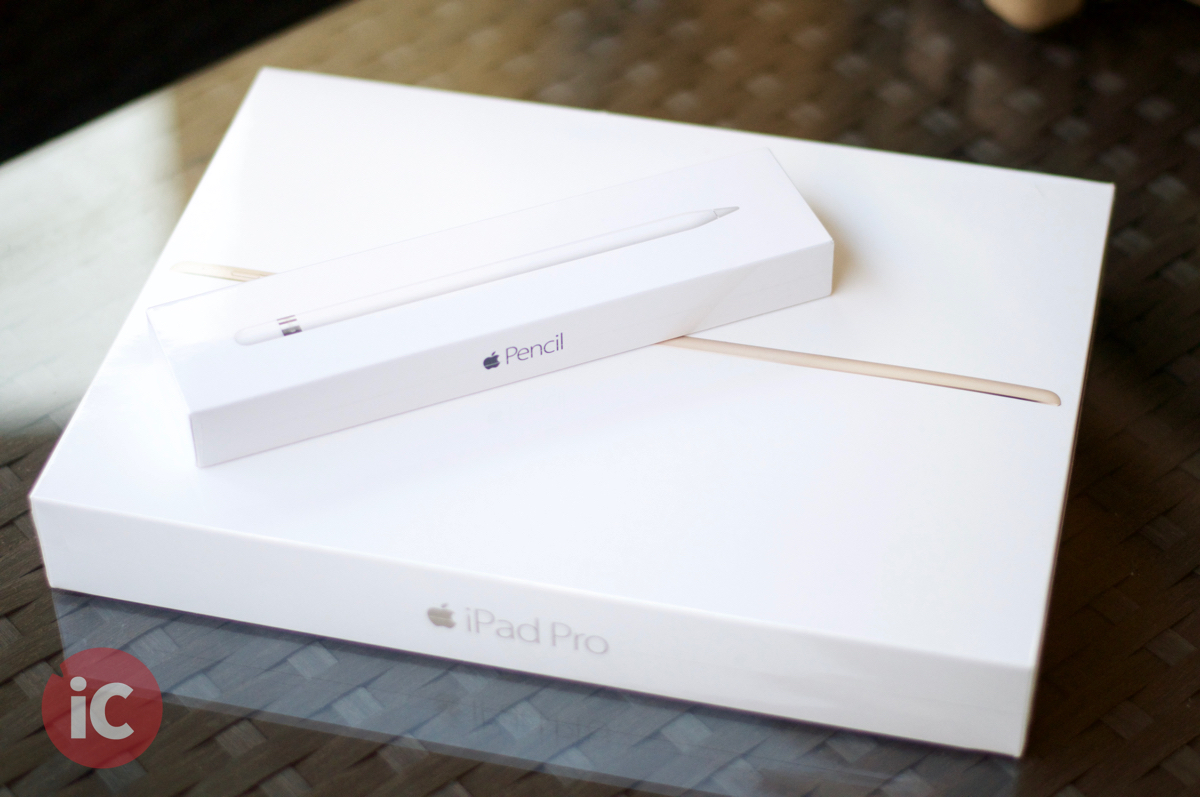 Apple has really slimmed down the iPad Pro’s packaging. Alongside the iPad Pro itself, the box contains the usual Apple AC charger, longer Lightning cable this time around, and usual documentation to get you started right away.

When I took the iPad Pro out the first time, I was like “wow, this is one big iPad”. The screen size is sure to surprise you (in a good way) the very first time you hold it. It is wrapped all around in frosted plastic out of the box, which you need to take off completely when you turn on the display or to use Touch ID for initial setup. 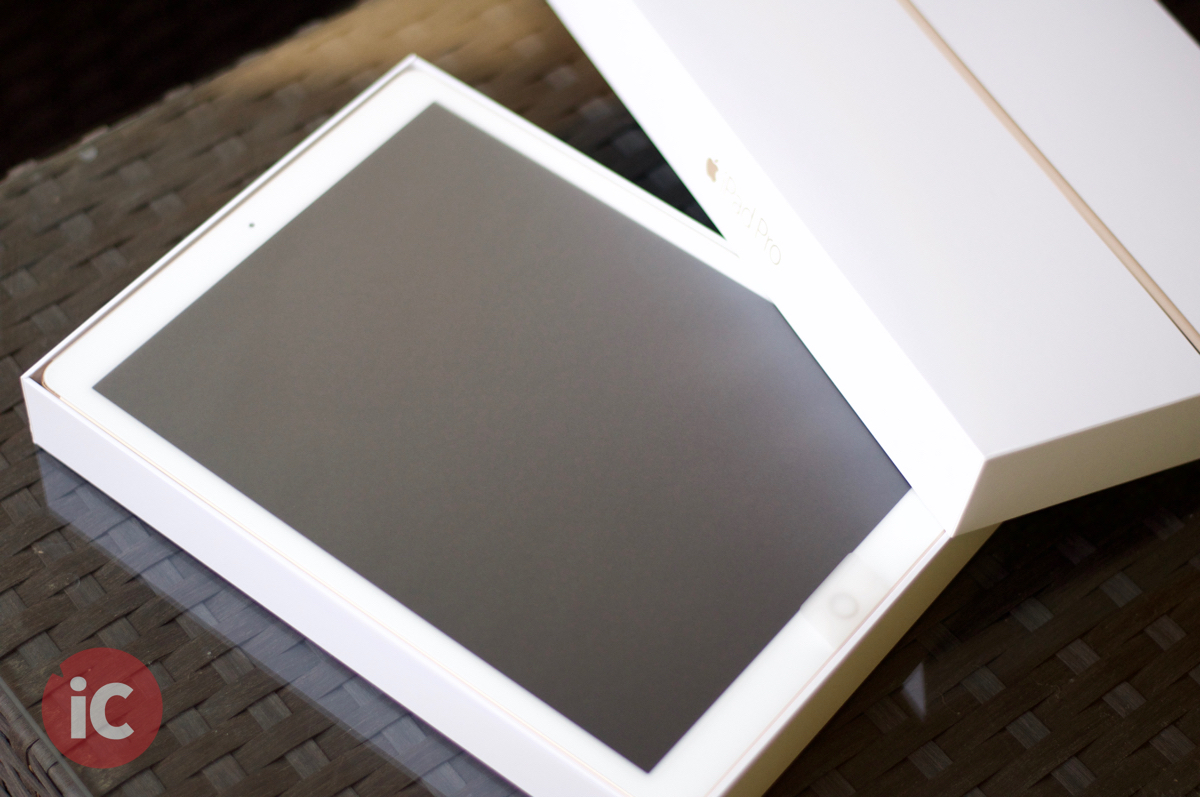 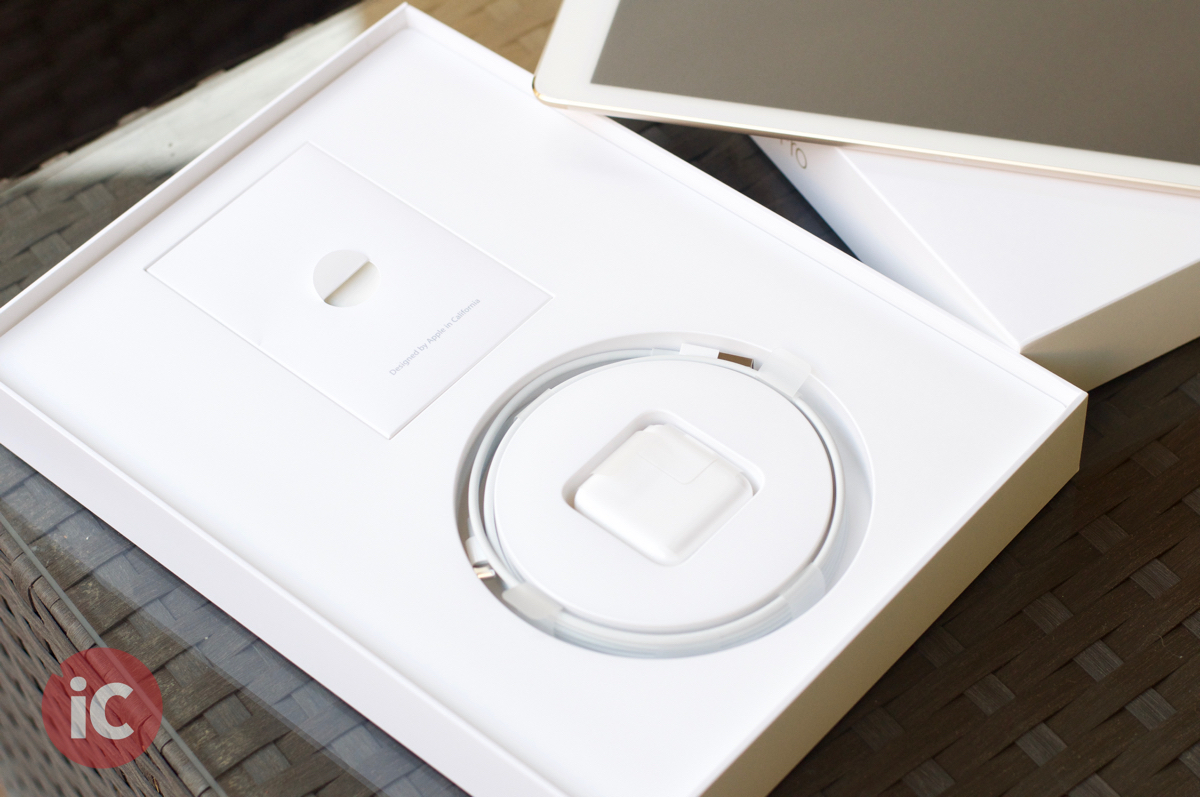 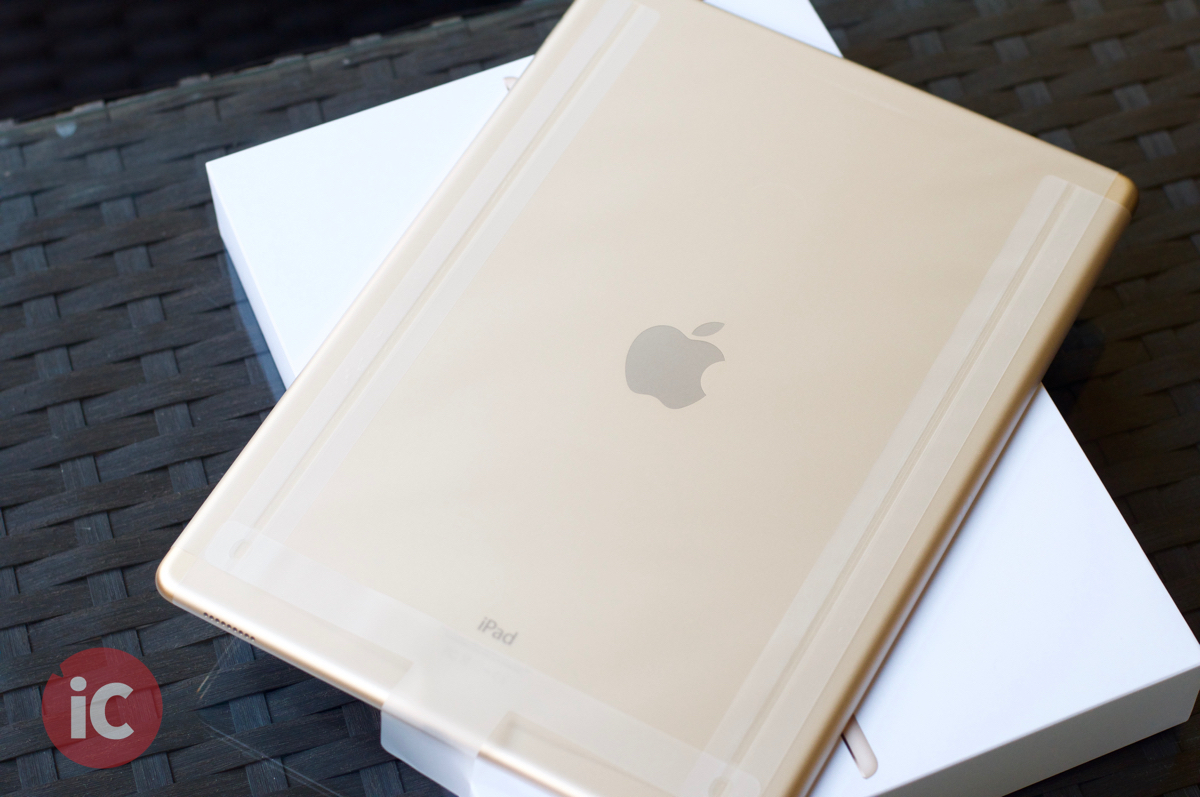 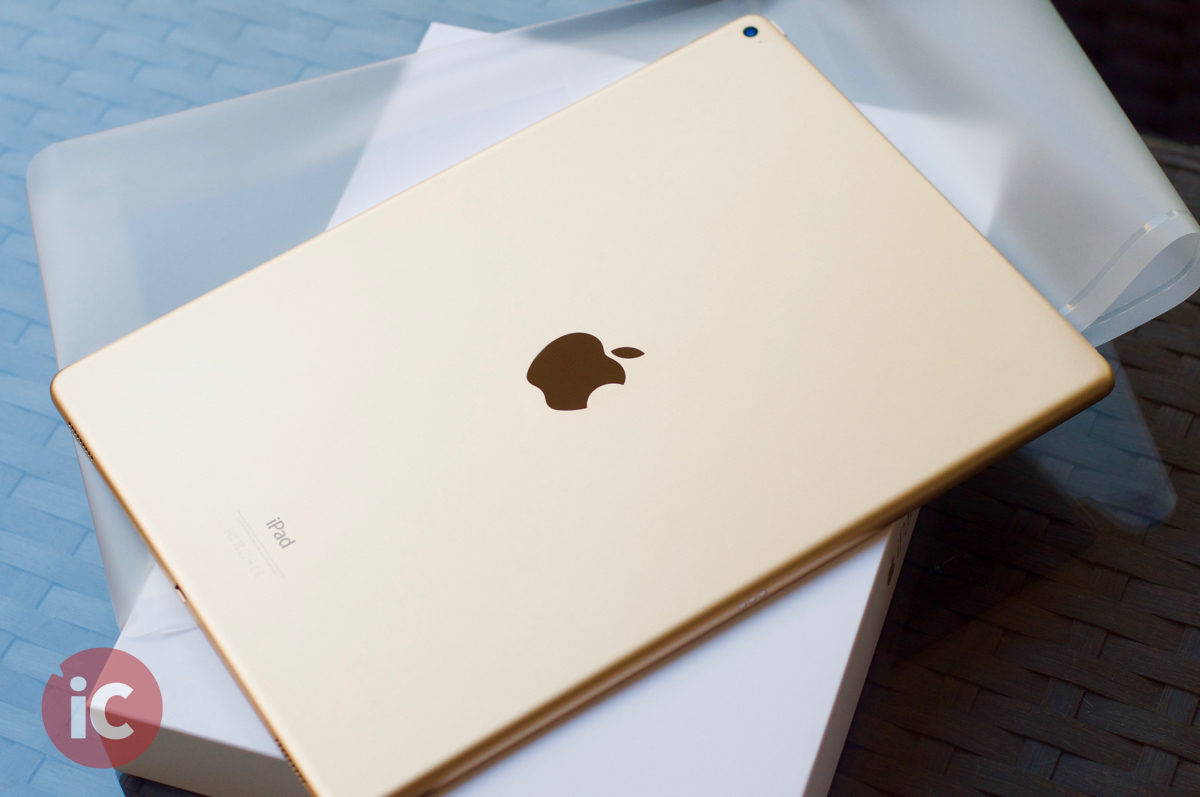 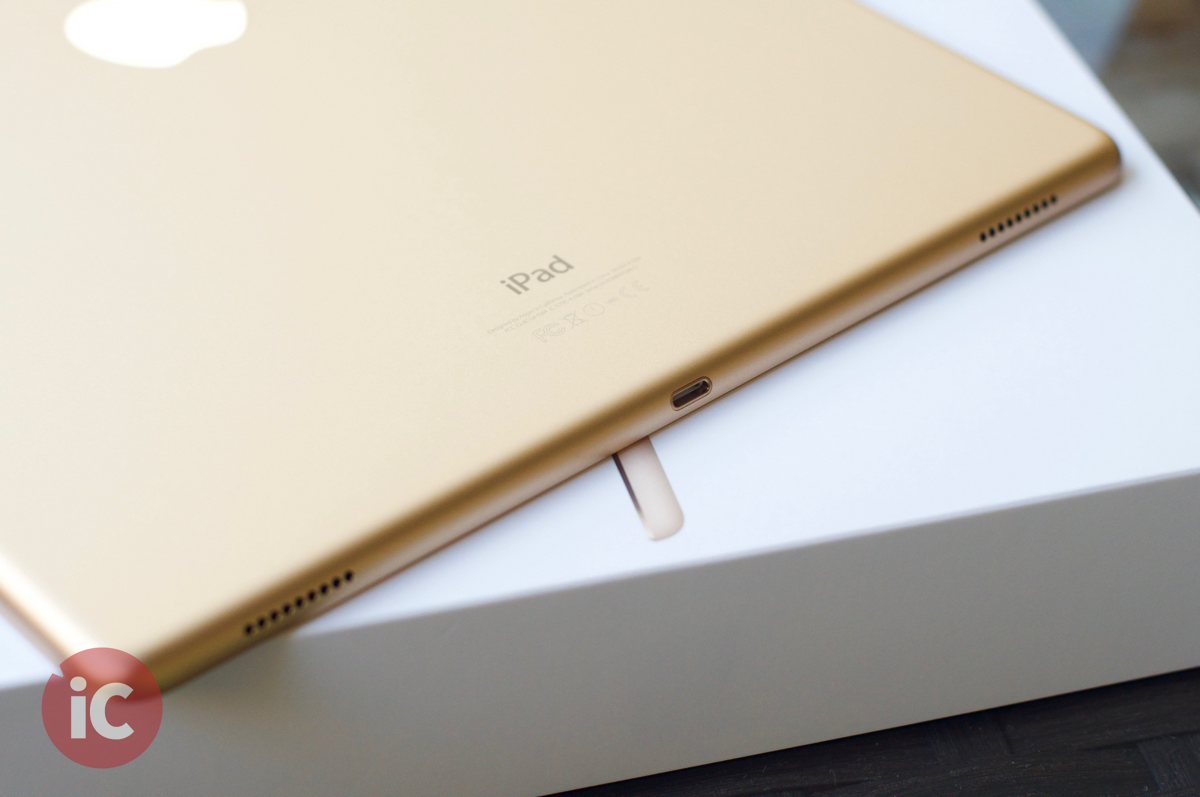 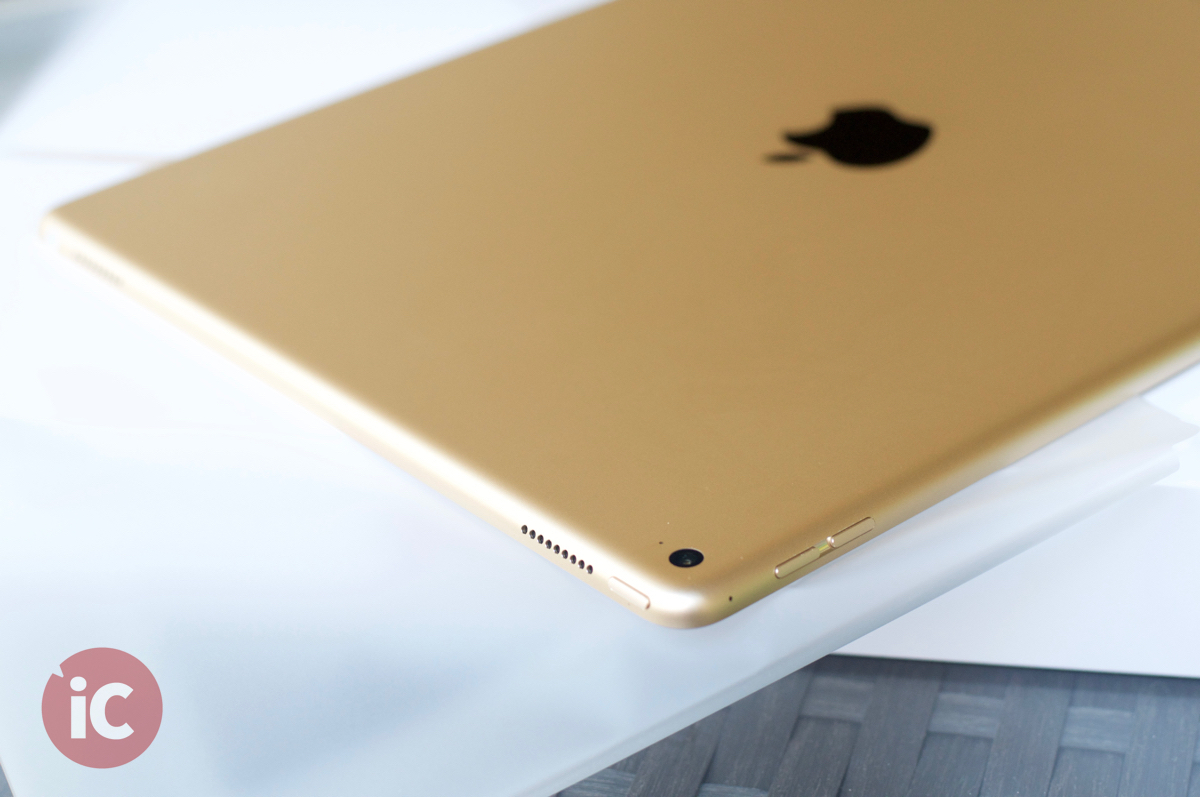 Coming to the Apple Pencil, it also comes in company’s trademark white box packaging. Unboxing reveals an extra tip for the Pencil as well as a 2-way Lightning connector for charging it using a stand alone Lighting cable, instead of plugging it directly into the iPad Pro’s Lightning connector. 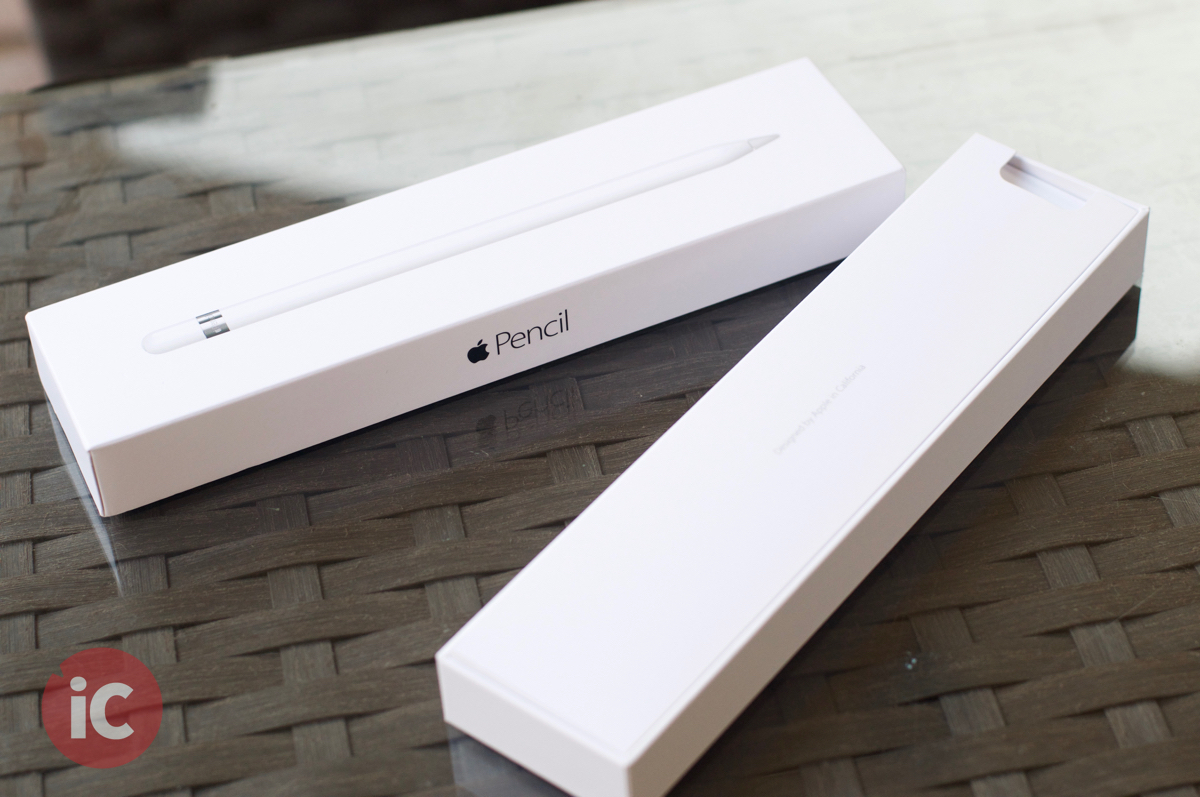 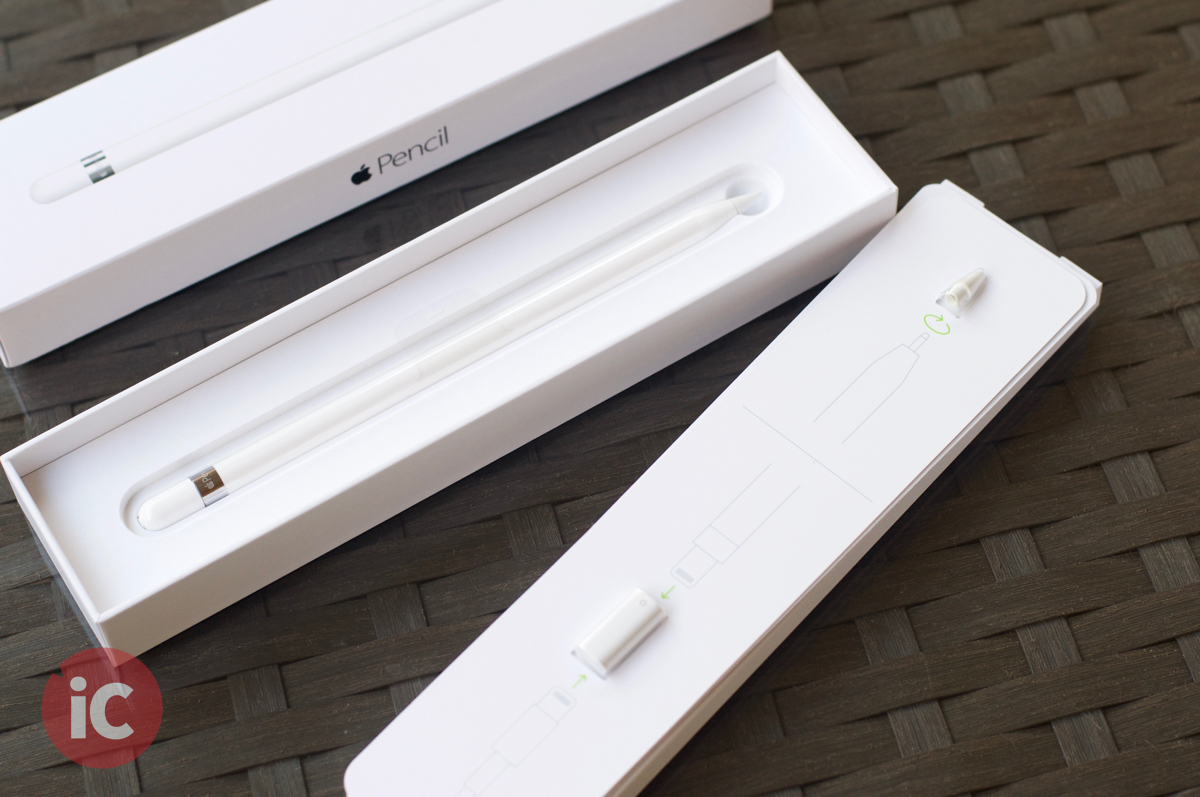 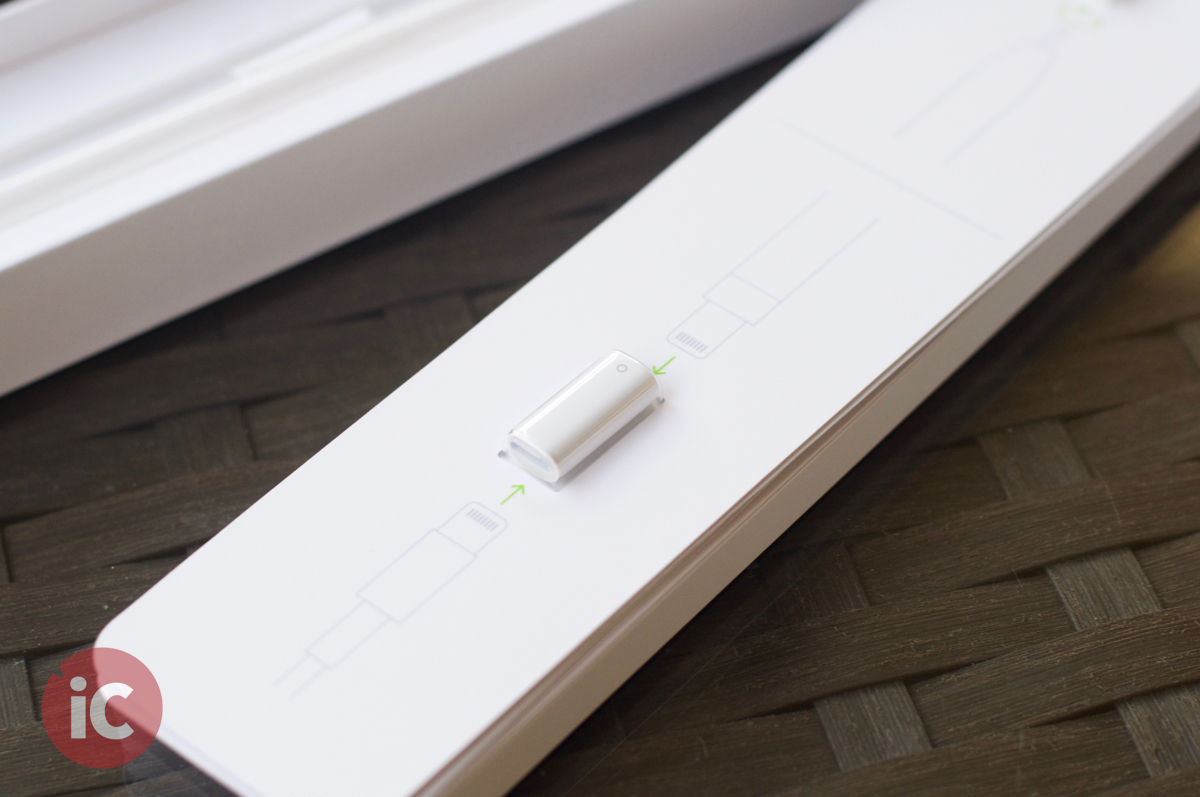 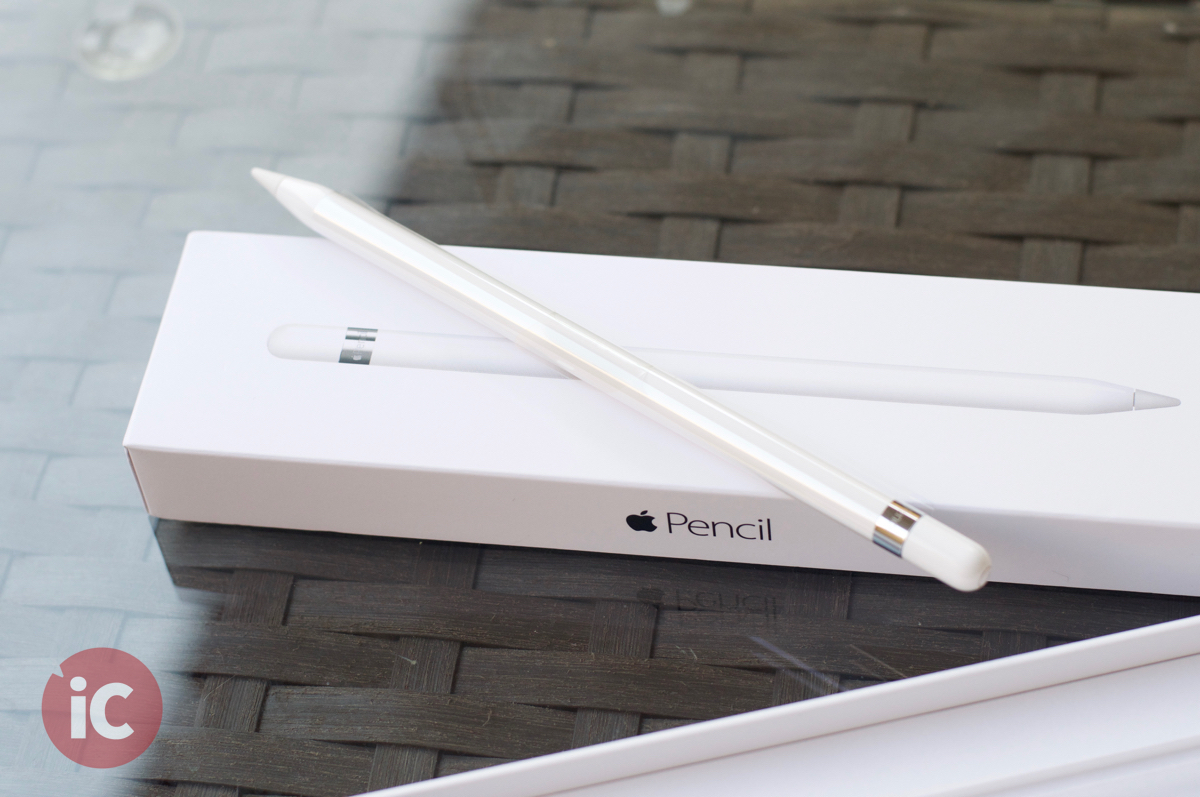 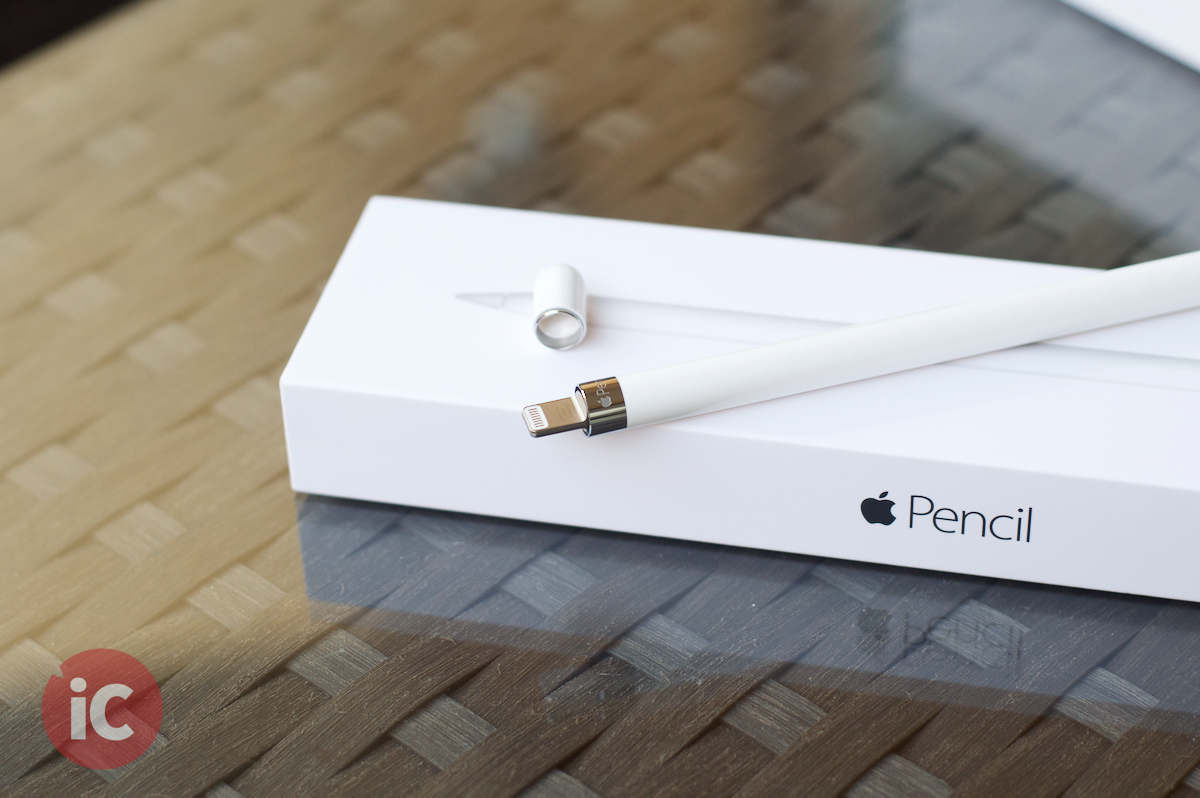 I finally powered on the iPad, rushed through the usual activation setup until I reached the home screen and boom–the massive Retina iPad Pro display in its full glory was in my face. It’s pretty amazing to say the least and they only way you can judge is by actually holding it in your hands and playing around for a few minutes.

Then I plugged the Apple Pencil into the iPad Pro’s Lightning connector and was automatically prompted to pair via Bluetooth. It took a few seconds and then the stylus was ready to use. I went straight to the Notes app to try it out and when I did, I was absolutely stunned with its precision, fluidity and virtually zero lag. I was surprised I could write extremely tiny text, and yet it was so damn accurate and my handwriting was just as it would look on a paper. Absolutely loved it!

So there you go guys. I’ve been playing with my new iPad Pro for the last few hours, and wanted to share my excitement and initial impressions with you. Hope you enjoy the pics and don’t forget to share your iPad Pro experience in the comments below!