…”The fastest and most powerful iPhone yet”….Yes, I think I can agree with that statement.

I have had my iPhone 3GS for just over 2 days now and I could not be happier with my decision to get it. While many people cannot justify the upgrade, I am going to talk about why I thought the upgrade was worth it for me.

Was the iPhone 3GS really worthy as an upgrade?

The answer is yes and no.

I’ve done it all. I started with the iPhone 2G, then did the iPhone 3G and now I am on the iPhone 3GS. Over the years of upgrading, one thing has been clear to me; iPhones usually have revolutionary updates. Usually.

The first iPhone changed everything. It goes without saying that the iPhone 2G was a revolution, for the USA atleast, as we in Canada were left out in the cold. I would call the jump from the iPhone 2G to the iPhone 3G revolutionary as well, especially for Canada. We did not get the first iPhone officially but then we got the second one which brought a complete redesign and 3G speeds. Then came along the iPhone 3GS and I would call this update an evolution. So this is how I summarize it:

Kind of backwards, isn’t it?

So was the upgrade from the iPhone 3G to the iPhone 3GS really worth it? Well, maybe not completely but definitely in some aspects.

For example, people upgrade their computers roughly every 2 years and it is usually for faster processors or more RAM or more/faster whatever. Well in that case, the iPhone 3GS is a worthy upgrade from the iPhone 3G because the speed of the overall device is much better and faster than the iPhone 3G or iPhone 2G. However, the upgrade is definitely worth it for someone that did not opt for the iPhone 3G and is coming from an iPhone 2G or even no iPhone!

Like I said, I have had my iPhone 3GS for about 2 days now and the biggest difference between the iPhone 3G and 3GS is undoubtedly the speed. Everything, I mean everything is faster. Opening apps, closing them, moving icons, running games, turning the keyboard to landscape, deleting stuff, turning the device off and on, even WiFi starts up faster when coming out of sleep. Everything is so much more smooth and silky. The operating system flows so much better and faster on the iPhone 3GS than on any other previous iPhone or firmware that I have used and I have used them all.

Some of the more notable differences for me are how fast MMS messages are created/sent. On the iPhone 3G running 3.0, MMS was a burden. After taking my photo and tapping “use”, I would sit there sometimes for over 60 seconds waiting for the iPhone 3G to process the “use” request. On the iPhone 3GS, this task takes about 1.5 seconds. 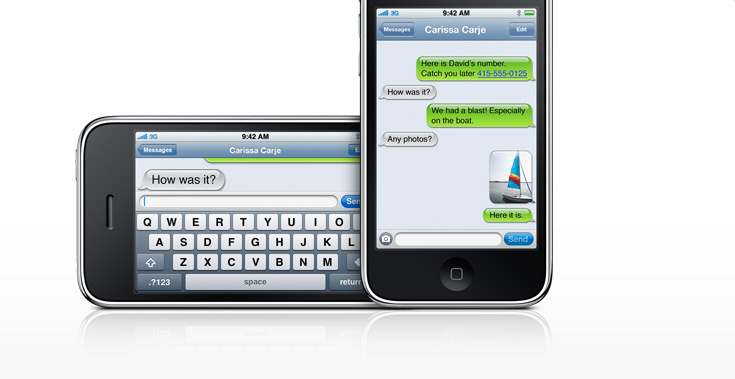 How about that compass? Honestly, I do not see myself using that feature very often. I tried it out the day I got the iPhone 3GS and have not touched it since. However, something to note about the compass is if you actually want it working correctly, you do need to hold it like a real compass which means parallel to the ground. If you hold it any other way, the direction will be off. It is quite humorous to watch people load up the compass and hold it parallel to their face and then wonder why directional North is skewed…. 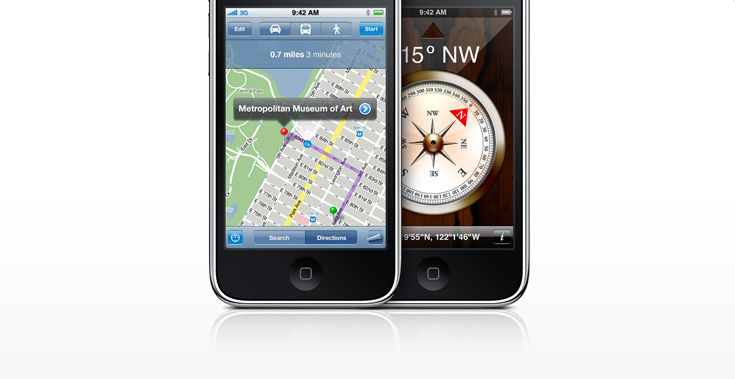 However, the one thing I will use and use often in terms of the compass is the Google Maps integration. Now when you tap the target on Google Maps to locate yourself, you can tap it once more and the map orients itself to show you the true way you are facing with your iPhone 3GS. This is probably my most favorite feature of the new device. I can remember very vividly walking around in Vancouver, BC staring at my Google Maps not knowing which way I was walking along the street. I would only find out after walking about 100 meters that I was walking the wrong way. Goodbye to those days! 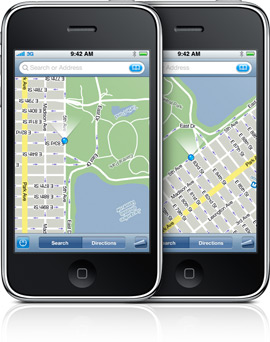 In terms of the camera, the auto focus feature was very well done. Very simple to use. Simply tap on the screen on what you want to be in focus and the camera does the rest. The pictures are much more crisp with 3 megapixels and we can finally record video. Of the video feature, the coolest thing is the ability to trim saved videos right on the iPhone. Once again, it is so easy to do. You simply slide the trim bar to what you want to trim and it’s done. The big downside however is there is no undo ability. So once you tap “Trim” and the video is cut, you can’t get the “trims” back if you made a mistake, for example. I definitely see a video trimming undo feature coming in the next software update. 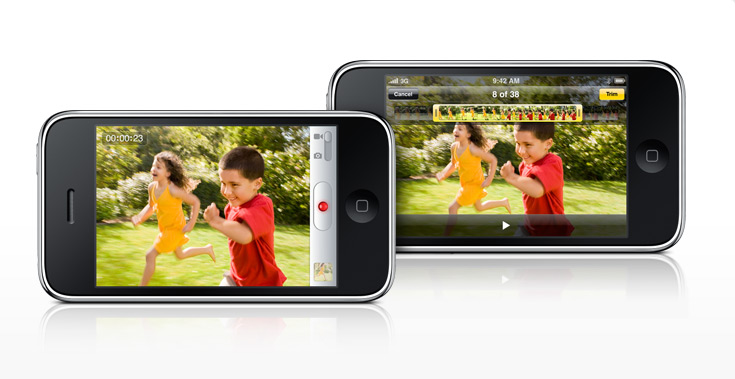 The voice control is just a fail. I mean, the feature has merit and it is a great idea/function to be able to control your iPhone with your voice, but it just does not work for me. Since Friday morning, it just does not work for me or for any of my colleagues that have the iPhone 3GS. I cannot speak any more clearer or slower or anything for this thing. I have given up on the feature and will never use it. Sorry Apple. 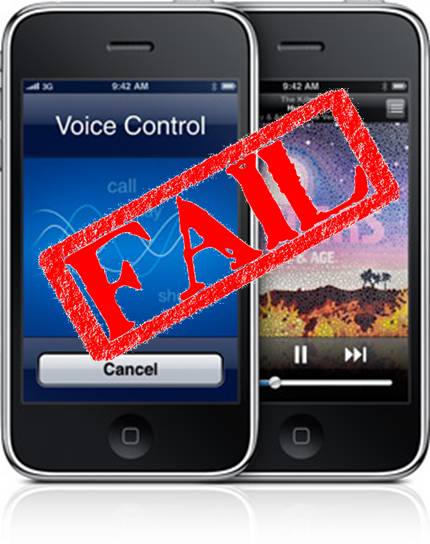 I like that tethering finally comes to the iPhone in a method that does not require jailbreaking the device. Tethering is not unique to the iPhone 3GS since it is a 3.0 firmware feature and it is so easy to get up and running with Tethering. Especially the Bluetooth connection. Once I get set up with Bluetooth, there is just something that gets me giddy about leaving my iPhone in my pocket and being able to browse the web on my MacBook Air without any WiFi, wires, or anything!

The last feature that I really like, and I came upon this one by accident, is the ability to turn on percentage status next to the battery indicator. So now you have a choice. You can keep the normal battery symbol or you can have the battery symbol plus a percentage counting down from 100% to indicate the current battery status. What’s really neat is when the charge is above 20%, the battery and percent are green, but when the charge is at 20% or less, the battery and percent both go red! And speaking of battery level, I have had my iPhone 3GS since 8AM Friday morning. It is now Sunday and I am STILL running on the same charge that it had when it came out of the box. My colleagues have also had similar experiences with the battery life, so finally finally finally an iPhone with good battery life! 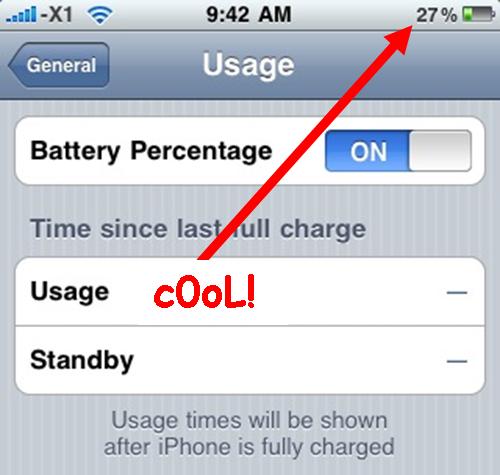 And that is about it. If you have an iPhone 3G running 3.0, everything else is pretty much the same, even the way the actual device looks/feels on the outside. But like I said, above all the features mentioned above, it is the speed that is the most significant upgrade to the iPhone 3GS.

In the end, you will have to decide whether the upgrade is worth it for you. Ofcourse it does not help with how Rogers/Fido are pricing the iPhone 3GS with all of the insane policies and frustrations, but in the end what really matters is how much you think you will be using the iPhone 3GS and how much benefit you will receive from that usage.