Update 1: It appears TUAW also received a similar tip involving details noted below, with other notes that indicate AirPlay Mirroring could be coming to the iPhone. 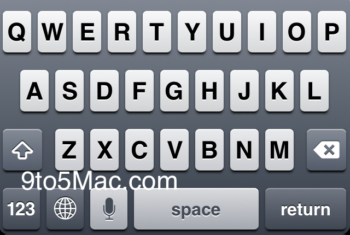 The next iPhone has been rumoured to include upgraded hardware from the iPhone 4, such as the dual-core A5, 1GB of RAM, 8MP camera, but the main selling point will be a new voice-powered navigation system called ‘Assistant’, according to 9to5Mac.

Below is a description Assistant, according to sources:

Assistant is literally like a personal assistant, but in your phone. The speech interpretation is so accurate that users do not even have to speak very clearly or in a slow and robotic tone, according to a source familiar with the software. Users can simply talk how they would usually talk to another person, and the iPhone with Assistant will do its best to interpret the speech and provide accurate results.

Assistant will allow users to speak various commands, such as the ability to send an SMS or iMessage, and to play specific songs with Voice Control. The feature will interact with users like Voice Control, to ensure accuracy.

Another feature, ‘Find my Friends’ will allow users to ask Assistant where friends are, and locations will be shared based on privacy settings.

If that’s not enough, Wolfram Alpha and Nuance’s speech-to-text integration are also included, turning your iPhone into one giant resource of information.

Aside from the software revealed, no details were mentioned whether the next design would resemble the iPhone 4, or be completely redesigned.

Only Apple could pull something like this off, as it would be another ‘giant leap’ ahead of their competitors, that tend to rely on hardware specs as major selling features. If ‘Assistant’ can truly pull off and master a complex system-wide voice navigation for iOS using a ‘normal’ speaking voice, that would be an incredible feat. Sure, we’ve had ‘voice dialling’ on our old candy bar Nokias, but let’s get real–this is next level stuff. If ‘Assistant’ is exclusive to the next iPhone 4S/5 as reported, that right there would be the selling feature of the next phone, aside from just upgraded hardware.

Would you upgrade from an iPhone 4 to take advantage of new hardware and ‘Assistant’?