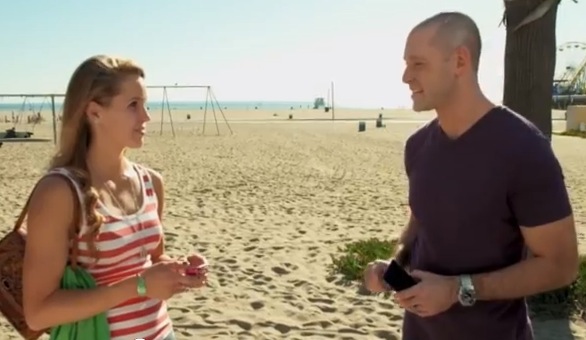 Windows Phone has launched a series of ongoing ads targeting the iPhone 5 (and Android), with spokesperson ‘Ben’ attempting to convince users why their existing iPhone is just not good enough. At the end of all the commercials, participants get a free Windows Phone.

Below are a series of videos touting the Windows Phone 8X, Nokia Lumia 920 and more. Check them out below:

Ben says “I don’t want you to waste your money on an iPhone 5”:

Ben gives away free Lumia 920s as its photography is better than the iPhone:

Ben even gives away a free plane ticket because Windows Phone can text faster than an iPhone. Liz (an iPhone user) says “my phone sucks!”:

What do you think of these new Windows Phone commercials? Well played? Better than Samsung attack ads?