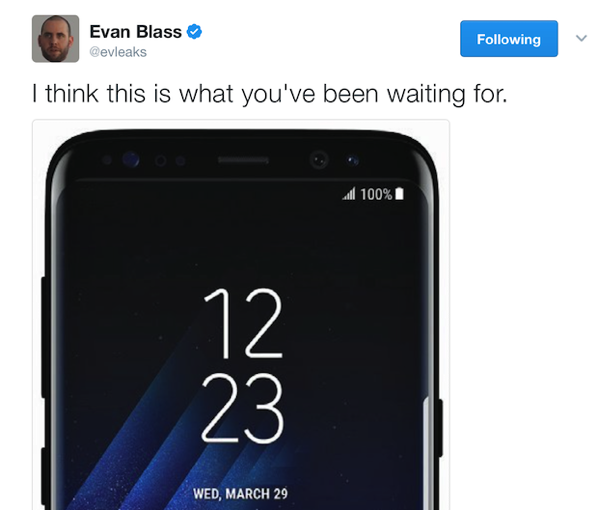 Evleaks today tweeted the very first Samsung Galaxy S8 leak, which seems to be a clear press image of the South Korean company’s next flagship smartphone. The phone in the photo has a huge wraparound display (see below) that takes up almost the whole front side and shows March 29th as the current date, the same day Samsung is launching the S8 phones. 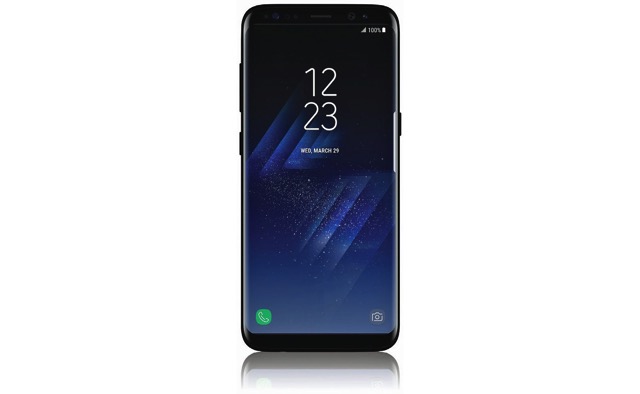 The leaked image also resembles with Samsung’s Mobile World Congress teaser of a device with utterly minimal front bezels. Evleaks, who has a good track record when it comes to rumors and leaks, didn’t tweet more details with the image. Although he leaked the specs for the Galaxy S8+ a few days ago, including the 6.2-inch screen size of its Quad HD+ Super AMOLED panel.

Samsung’s Galaxy S8 and Galaxy S8+ are expected to go on sale in April.