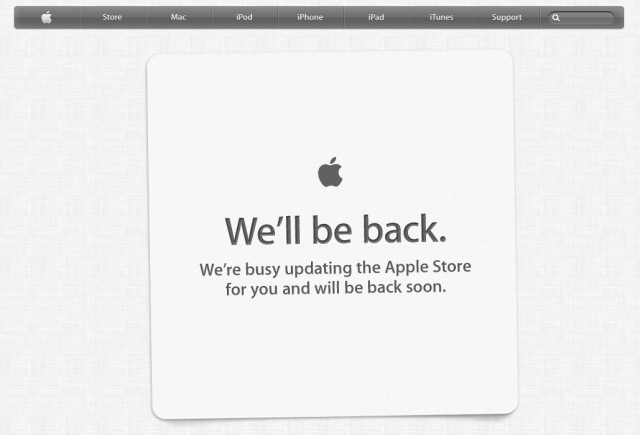 Further fueling the rumour that Apple will be announcing, and/or releasing new Macs today, the online Apple store has gone down for maintenance. In the past, we have seen the store go down before an Apple keynote, and then come back up after the keynote with some new products that they had just announced. We could also see the release of OS X 10.8 Mountain Lion, or at least a GM release for developers, and a release date for the public.

Stayed tuned, as we bring you the latest from the WWDC keynote, which starts at 10am Pacific.