Just moments ago, Grant Paul, (@chpwn) has tweeted a photo showing his jailbroken iPhone 5’s screen with Cydia icon on it. The image is clearly taken from the new taller iPhone with 1136 x 640 resolution. Check it out! 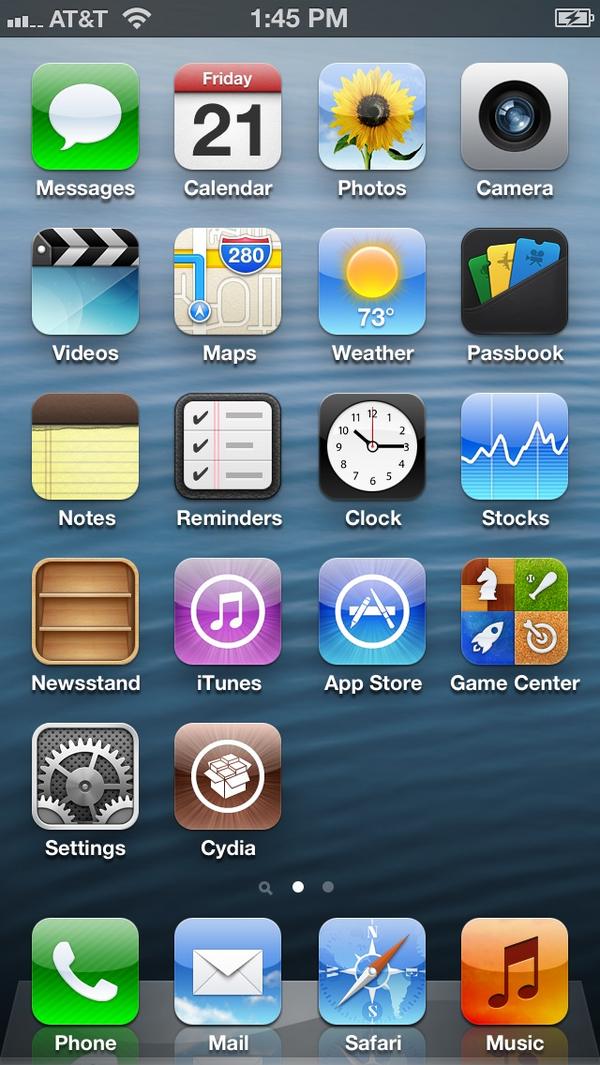 He further confirmed his successful iPhone 5 jailbreak to famous iOS hacker and jailbreaker @i0n1c in another tweet as well. We’ll update you as we get more details regarding an ETA on the public release of iPhone 5 jailbreak, tethered / untethered status and more. Stay tuned folks!