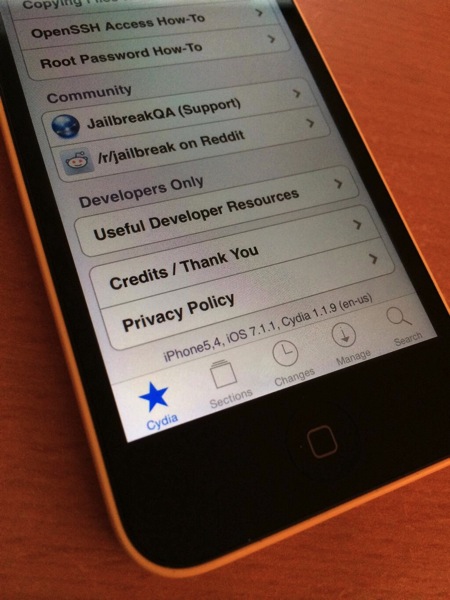 Stefan Esser, also known as @i0n1c, has posted a full video of his recent tease of an untethered iOS 7.1.1 jailbreak. Here’s his explanation of his latest jailbreak:

You might wonder what is so special about this specific jailbreak. It is the fact that a kernel bug is used that is hidden inside some functionality that can be easily reached even from within the iOS application sandbox. This means that the exploit code can be used to break out of any application that you exploit. This is very different from nearly all of the kernel vulnerabilities used in iOS jailbreaks since iOS 4. There have been only 2 publicly disclosed vulnerabilities that had this power. The first has been used in comex’s JailbreakMe3 and the other one is the posix_spawn() vulnerability disclosed by SektionEins during SyScan 2013 and later used by the jailbreak community in the p0sixpwn jailbreak

The video of the jailbreak is below:

Esser criticizes the jailbreak community for failing to donate to https://isios7jailbrokenyet.com, which would have helped bring a jailbreak sooner. However, he says the community was “manipulated by certain people with own financial interests to boycott it,” which is why new jailbreaks have been slow to release.

It doesn’t look like Esser will release this jailbreak, but rather he is just showing it to the world. We’ve already seen an untethered iOS 7.1.1 jailbreak shared by @winocm and another by hacker Yeongjin Jang.

There’s no mention of whether an actual jailbreak will be released, but over time we would think someone else will release the jailbreak publicly.