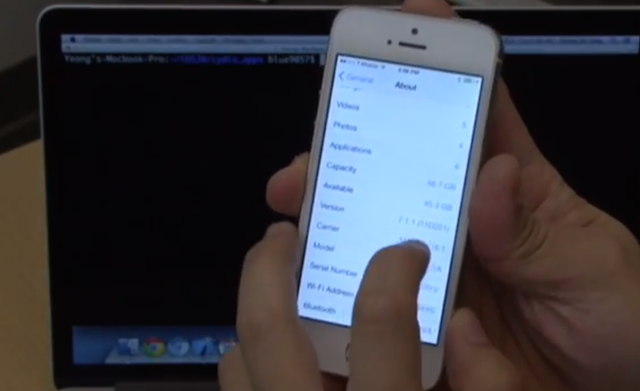 In the new video, the hacker show show he can install an app remotely, and get the unsigned app to work on his jailbroken iPhone 5s running iOS 7.1.1. It must be noted however that the jailbreak isn’t an untethered one as he has clearly mentioned that one has to run a recovery app after a reboot to run an unsigned app.

So far, no hacker has committed if/when he would release a public iOS 7.1.1 untethered jailbreak so until we have a definite ETA, sit back and enjoy the jailbreak video at this link.