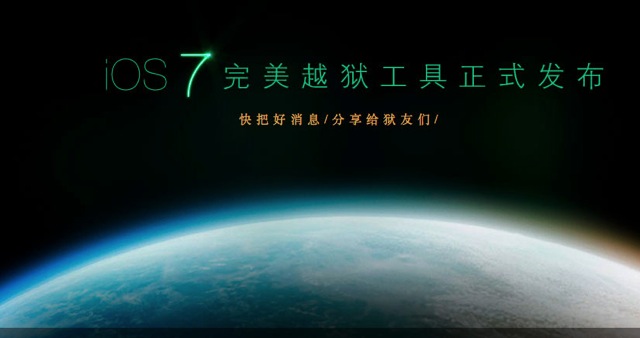 Yesterday’s iOS 7 jailbreak by @evad3rs was found to contain a pirated App Store specifically for Chinese users referred to as ‘TaiG’, containing cracked versions of apps and games offered in the original App Store. While the team of jailbreaks issued a letter explaining the security and privacy issues with Evasi0n7 shortly after its release, they have now announced that they are going to disable the default installation of TaiG in China.

We have decided to remotely disable the default installation of TaiG in China for further investigations on the piracy issue.

The team noted in their letter yesterday that they do not believe it is right for developers to not get paid for their work. In their agreement with Taig, they contractually stopped them from having any form of pirated software in their store. And now, as the jailbreakers continue to monitor and resolve the issue, they have decided to disable the installation of TaiG for Chinese users till further notice.

Jay Freeman (@Saurik), who was the first to highlight the Evasi0n7 iOS 7 jailbreak includes a pirated App Store, has revealed in a tweet posted earlier today that he had known about TaiG for over 2 months, and that he had warned @evad3rs that this would lead to piracy.

BTW, I knew about TaiG 2 months ago: I warned evad3rs it was sketchy, told them there would be piracy, and tried to find them a better deal.