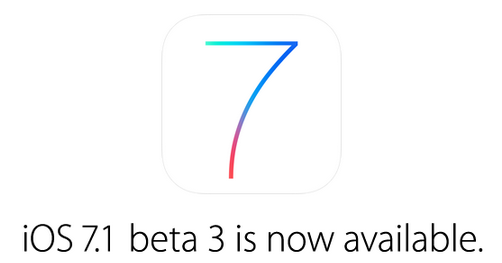 Earlier today Apple released iOS 7.1 beta 3 to developers, which caused some users with jailbroken iOS devices to wonder if the latest evasi0n7 jailbreak would still work. Well, it turns out evasi0n7 still can jailbreak iOS 7.1 beta 3, as pointed out by Canadian hacker @iH8sn0w:

Since everyone seems super worried… Today's iOS 7.1 beta 3 (11D5127c) does NOT patch evasi0n7. Another beta probably will though!

Some questioned why the evad3rs released evasi0n7 now (thus allowing Apple to see their exploits) instead of waiting for iOS 7.1 final; the reason for the early release was related to a rival jailbreak team (which included Apple hacking veteran @geohot) that planned to also debut an iOS 7 jailbreak.