Designer Anton Kudin has posted some new images of a “Fold To Unlock” concept for iOS. This possible tweak would fold your entire lockscreen, when you perform the “Slide To Unlock” motion, revealing your home screen. 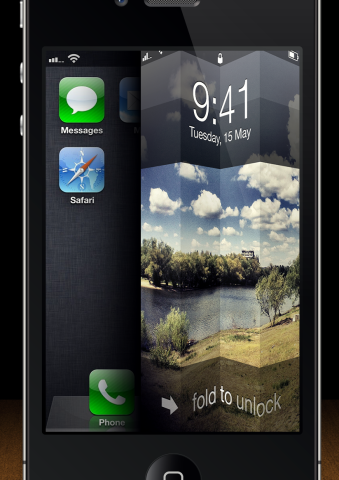 As this is just a visual concept, so there would have to be a few things worked out to make this a reality. Like, when enabling the Camera Grabber, would the lockscreen fold upwards? Then there’s notifications; would the lockscreen fold the same way when unlocking notifications? There are also lots of other lcokscreen tweaks in Cydia already, that would have to be considered.

Hopefully, one of the great Cydia tweak developers will tackle this and bring it to life.