Geohot, aka George Hotz is one of the ‘godfathers’ of jailbreaking. He recently settled his lawsuit with Sony. Later, he was challenged by p0sixninja (Joshua Hill) to help work on the iPad 2 jailbreak (which Geohot backed out of). But Geohot soon disappeared from the limelight, which is unlike his personality.

Yesterday, in a @MyGreatFest Q&A with @p0sixninja, it was revealed by Joshua Hill that Geohot is apparently now working for Facebook. Evidence is of this was revealed on Geohot’s Facebook page: 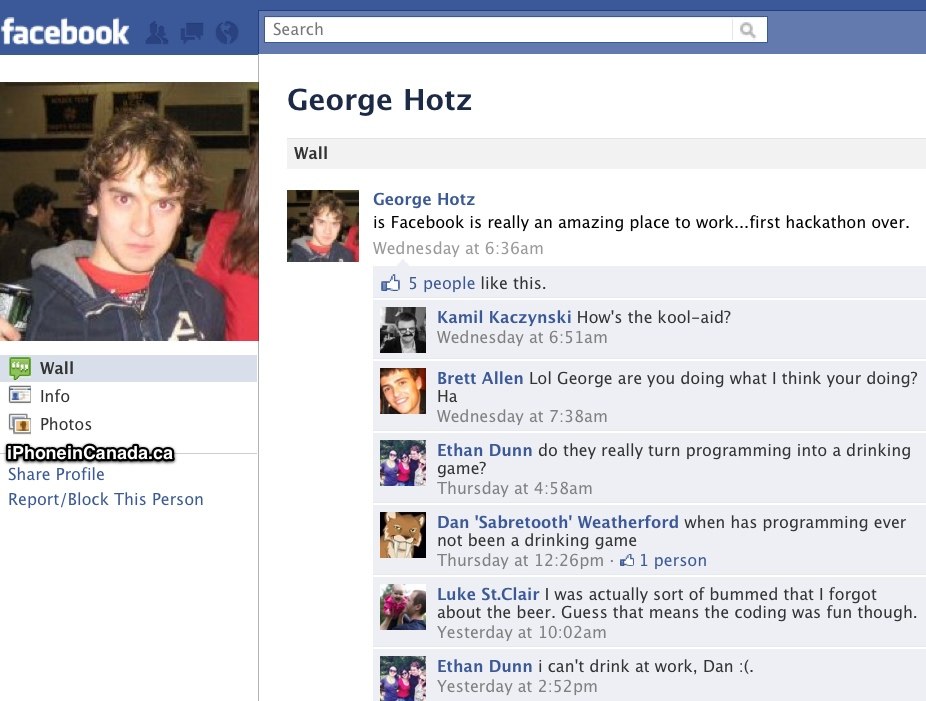 Techunwrapped put together a video of the Q&A, and here are the parts where it was confirmed Geohot is working for Facebook and no longer putting his efforts into the iPad 2 jailbreak:

Speculation is Geohot is helping towards the upcoming Facebook iPad app. So for those wondering about Geohot’s status…he’s busy hacking it up–at Facebook.